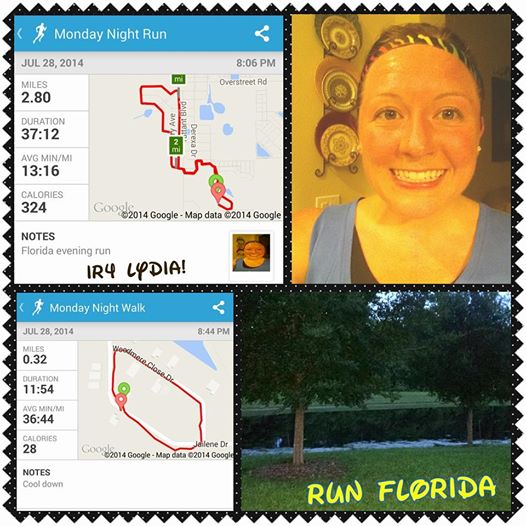 After a month of pretty much not running, I decided it was time that I needed to stop being lazy because I have the Dumbo Double Dare Challenge coming up in less than a month! Already I have run more in the first week of August than I did the entire month of July.

Heidi, Ryan, and I went out for an evening run before I left Florida. It was not terribly hot and I felt great after the run! 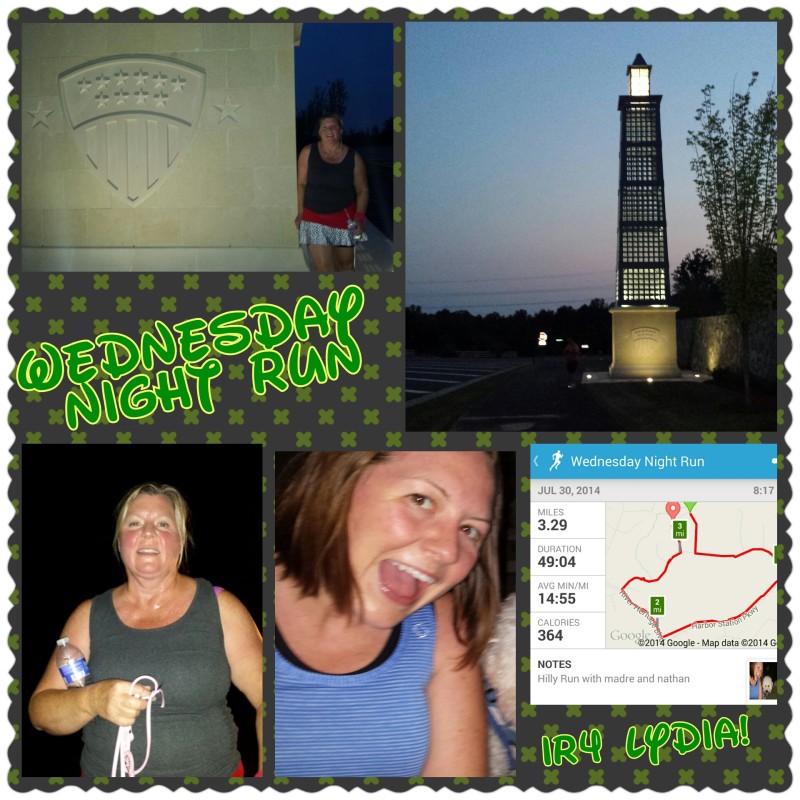 On Wednesday night, Madre, Nathan, and I went for a 5k run in Potomac Shores. It was a little bit hilly, but it was still a good run, albeit a bit slow. 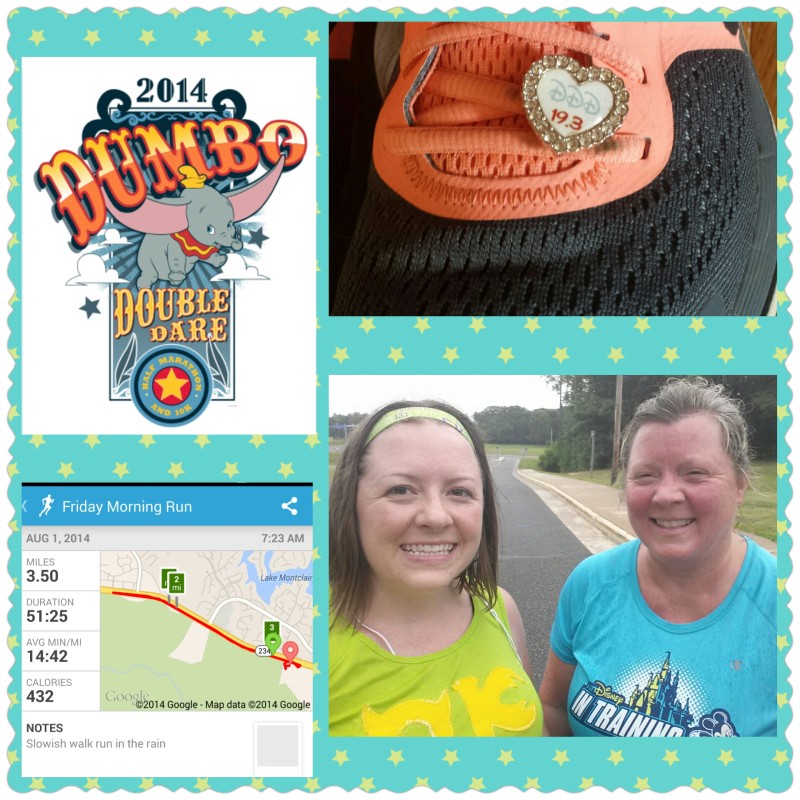 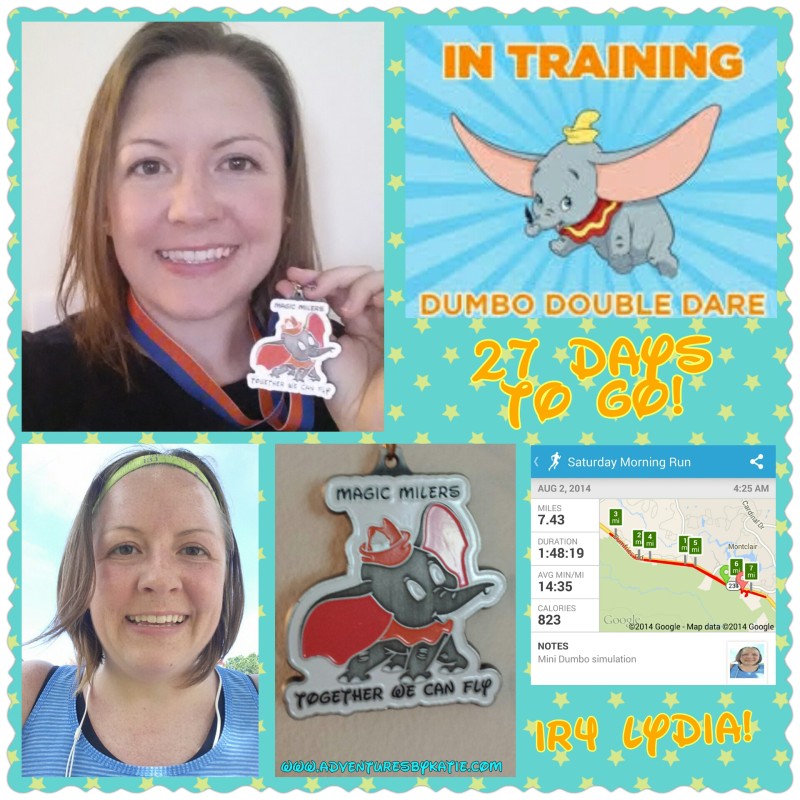 On Friday and Saturday, I did a mini-Dumbo simulation. I ran 3.5 miles on Friday morning and ran 7.5 miles on Sunday morning. Both runs went pretty well and I think I will be in pretty good shape in a few weeks at Disneyland! I decided to count those two runs as my Dumbo Virtual Race that I signed up for last year, but never completed. Now I can officially display my medal!