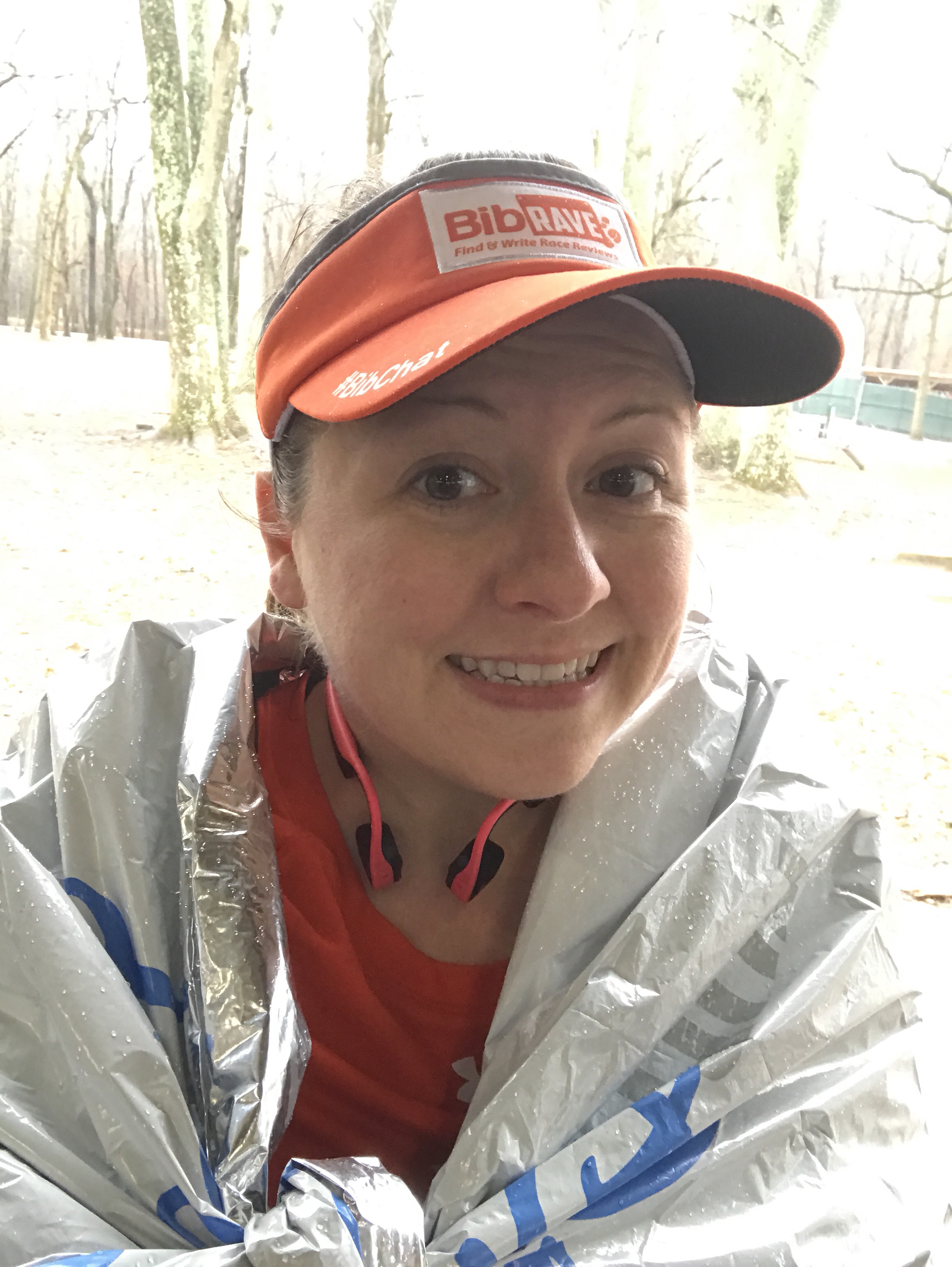 The Old Dominion RacingArcticHalf took place on February 24, 2018 in Sterling, VA. I had previously written a post on 5 Reasons to Run the ArcticHalf, and I still think that those reasons hold true.

The ArcticHalf took place at Algonkian Regional Park. There was plenty of parking and the start packet pick-up and start line took place under a covered pavilion. This was great because it was raining before the race began, and I was hoping to minimize my getting wet prior to the race. The line to pick up my bib and shirt was quick, and I was grateful that the race shirt was a long-sleeve tech shirt. I definitely did not bring enough warm clothes to the start. There were a few port-o-potties at the start, as well.

Prior to the start of the race there was a quick warm-up from Orange Theory, with some fun dance moves and stretches. Then, it was time to begin.

There were multiple-race distances for this race. The Half Marathon began at 12pm, which was a nice time because I didn’t have to wake up super early. The 10k started just before 1pm, with the 5k following that.

The day called for rain. Which is fine, whatever. It rained while driving to the race, and up to the start. It was chilly, so I was glad for the long sleeved tech race shirt. The rain conveniently stopped right as the Half Marathon was starting, which was perfect. I ended up taking off my long sleeved shirt during the half mile because it was starting to warm up. 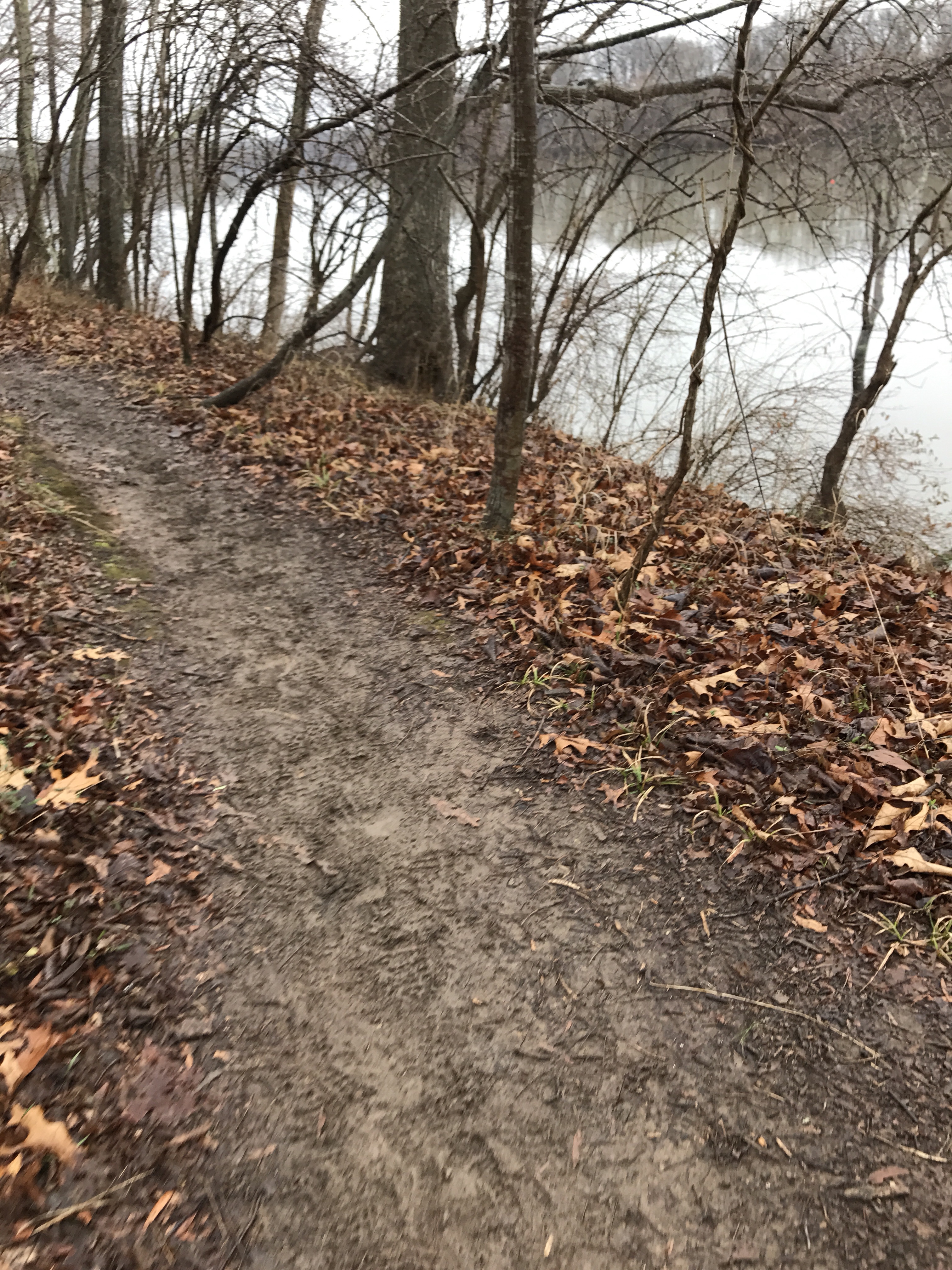 The course was mainly dirt trails, with a few stretches of pavement and gravel. Unfortunately, because of the rain, the dirt trails were mostly mud trails. Again, whatever. I was being very cautious, though, because I have been known to trip and fall on dry trails. This mud trail was nothing like I have ever experienced before. I have ran in the rain. I have ran in the ice. Mud is a while different animal. No only is it hard to run because you don’t want to slip, there is the extra added resistance of sticking to the ground.

Seriously, there were parts of the trail where I had to hold onto trees or walk slowly with my arms straight out to help balance. 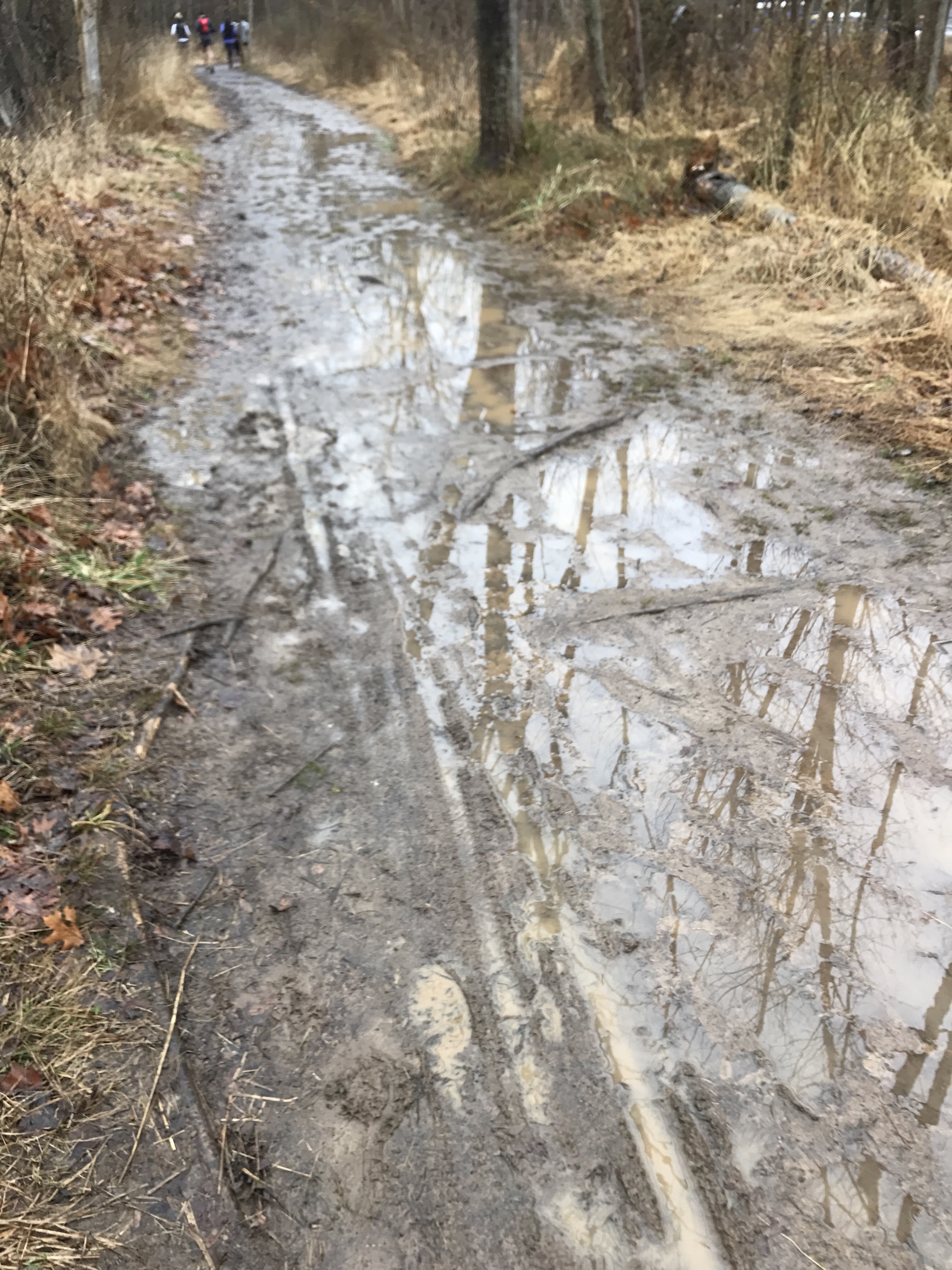 Regardless, this was a great course. You start off with one lap of two different trails, before heading past the golf course to a gravel trail. After a bit on this trail, you turn around and do a second lap before ending. Most of the course was in the trees, with some views of the water. It was very pretty! 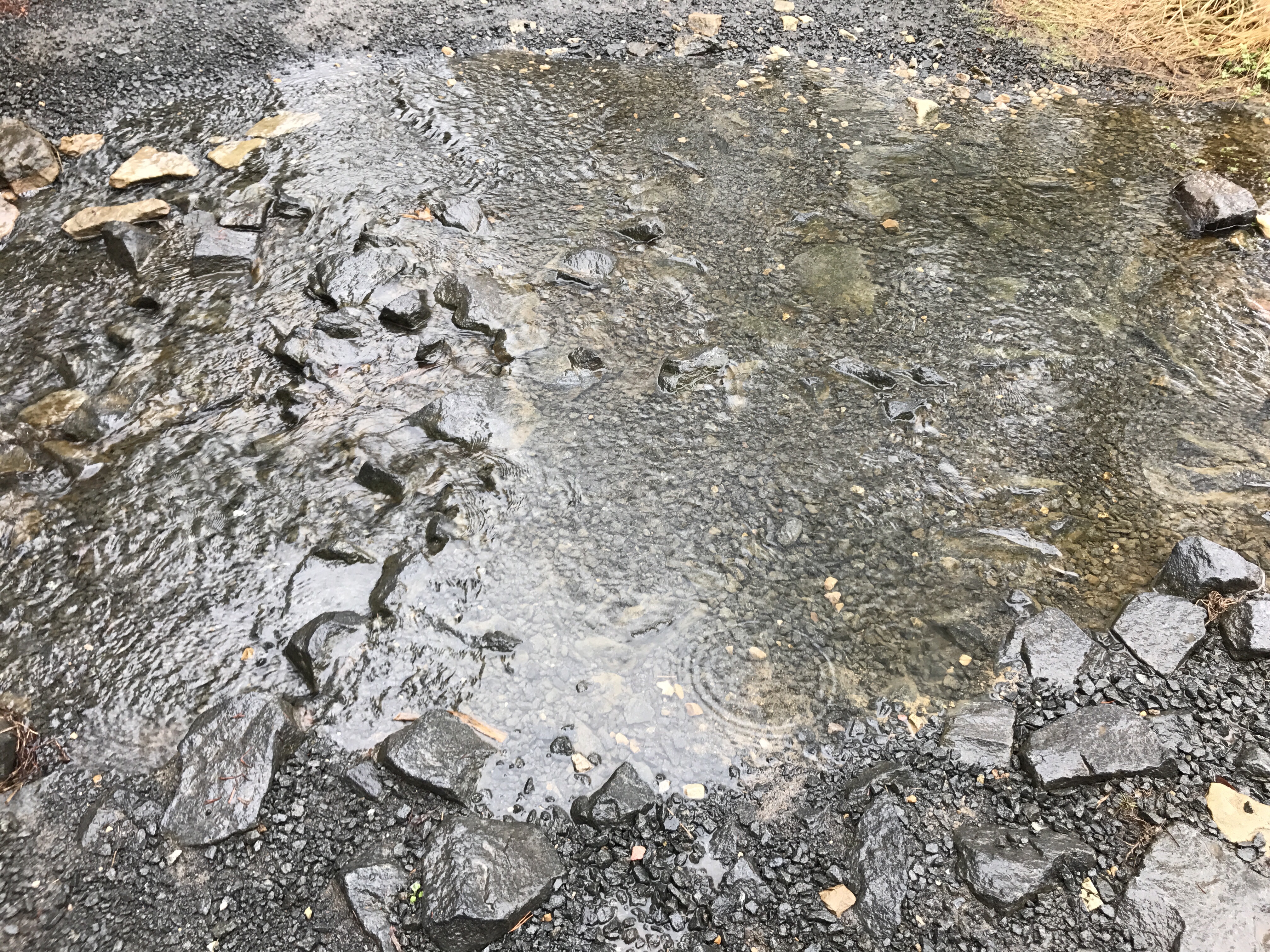 Parts of the course were flooded, so we had to wade, step on rocks, or jump to cross! 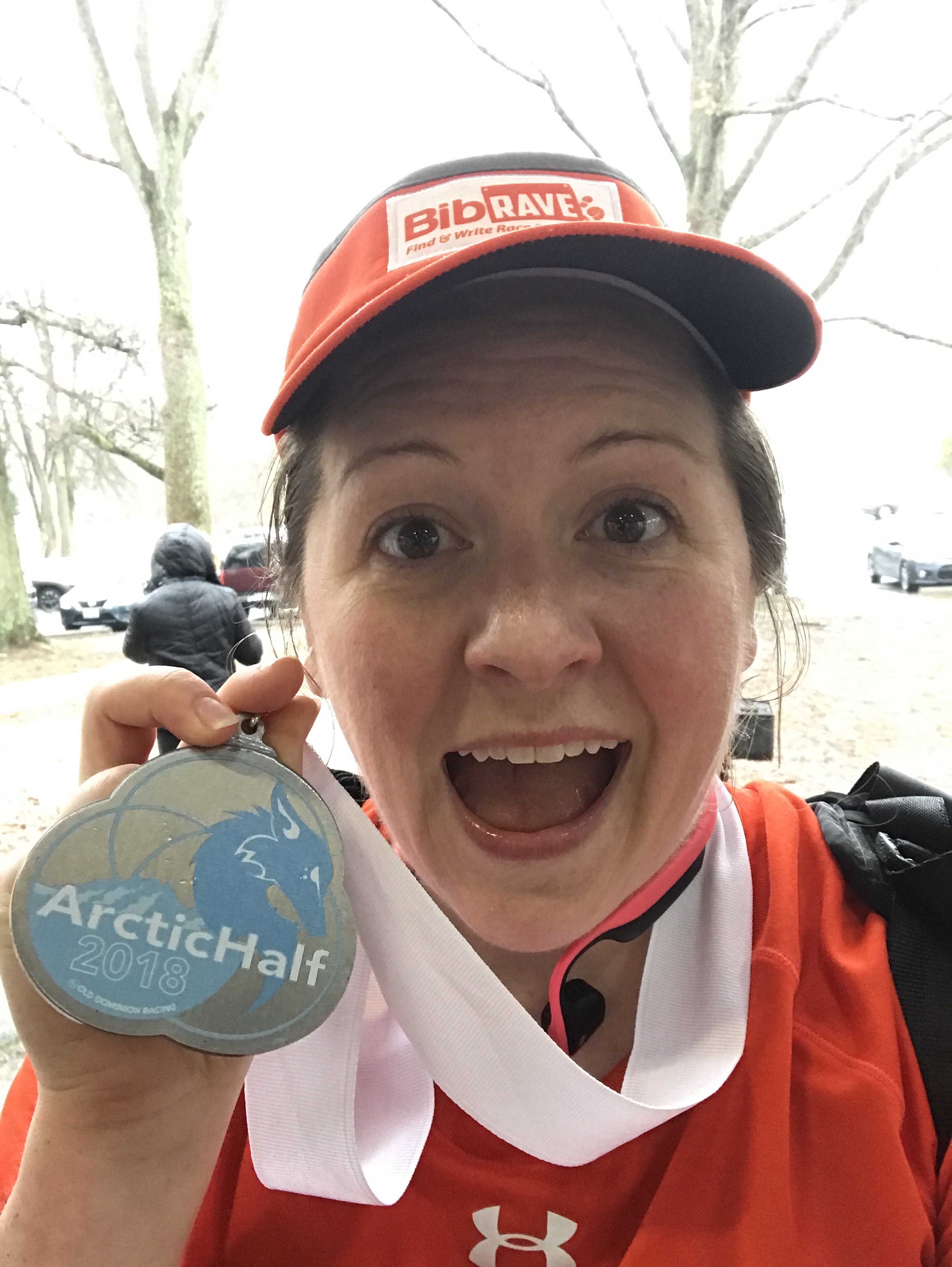 The medal was nice and heavy and a good quality. The finish line had fruit, pastries, coffee, hot chocolate, and root beer (which is what I chose, along with some fruit). Never has a root beer taste so good. I know understand why a lot of races end with beer!

There was a raffle for a TV, Garmin, and other running gear. You were to earn tickets based on which race you completed, as well as if you helped to raise any money. Unfortunately, they started the raffle when I was at mile 10 and was over by the time I finished the race. I wish there was a way to have had my raffle tickets in the pot so I could have been considered to win.

I hadn’t run a half marathon since October, and I wasn’t quite yet trained for 13 miles. However, I have been doing some training runs and races in preparation for the Blue Ridge Marathon in April, so at least I had been doing some running. My intervals were run 1, walk 1, which I tried to follow when I could actually run. However, the amount of slick mud made it hard for me to run consistently on a lot of the trail, so I was a bit slower than I wanted. 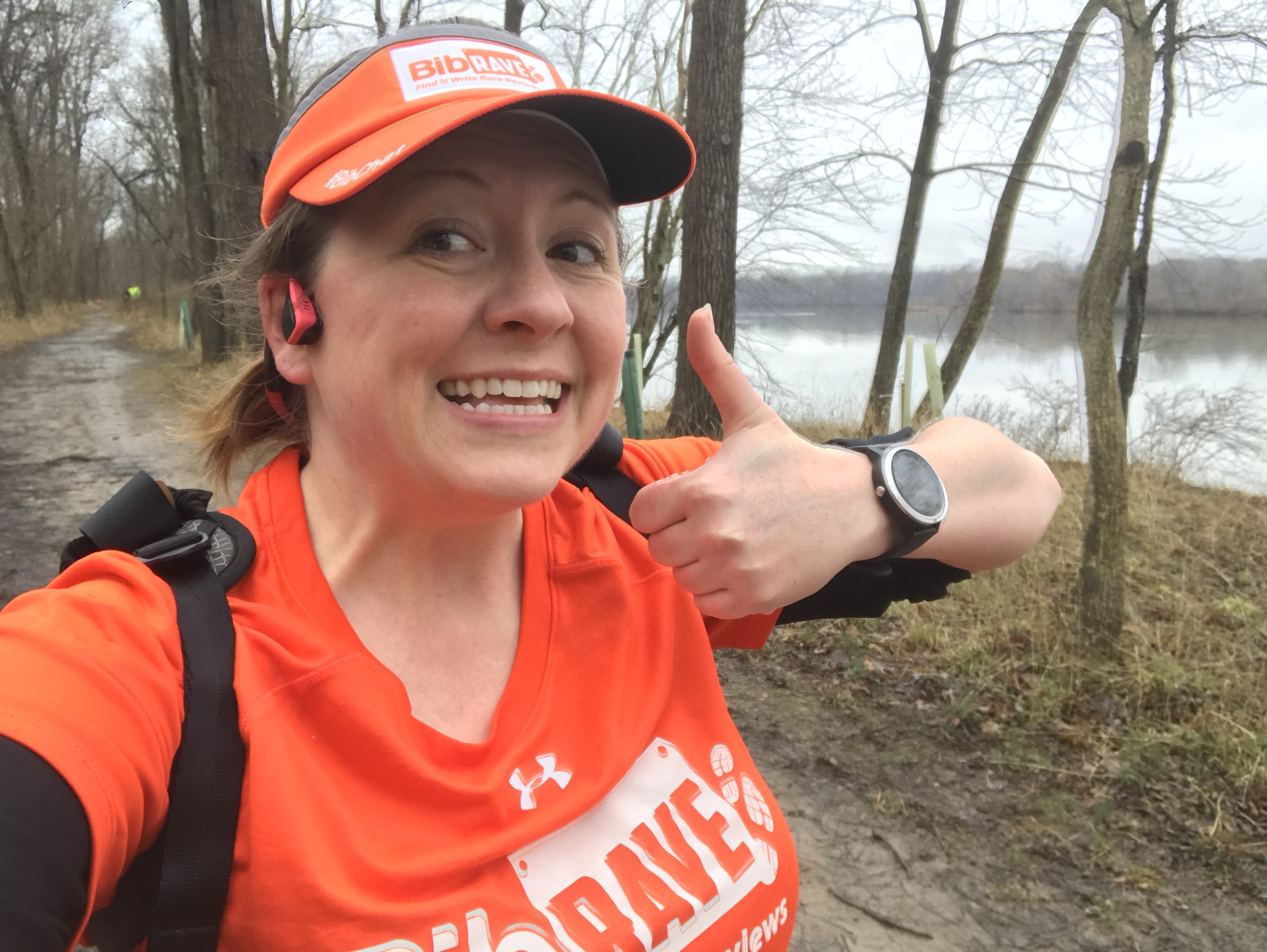 But, I felt great! Except for a blister forming on each pinky toe (due to wet feet), I felt like I could have kept running, which is a positive because I have some longer runs coming up!