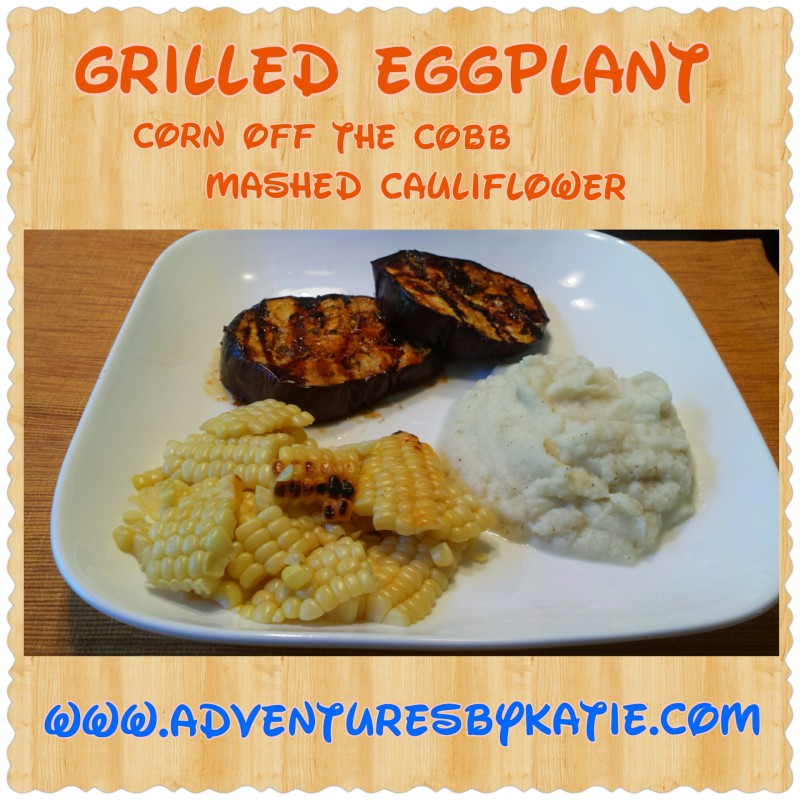 I always seem to have an eggplant laying around my house that is about to go bad. My husband really enjoys eggplant, so he buys them, but I never really know how to cook them. So, I grabbed the eggplant and decided that I was going to go put it on the grill.

Grilled eggplant is a quick and easy alternative to burgers, steaks, and any other meat you would put on the grill. As for me, I don’t eat any of that meat-stuff, but eggplant can be hardy enough to be a good entree in and of itself.

Here’s what you do:

Grab an eggplant and slice into 1.5 inch (ish) “steaks”

Make the marinade and let each slice of eggplant sit briefly in the mixture (or for longer, if you have time). I just dipped it in for a few seconds on each side. 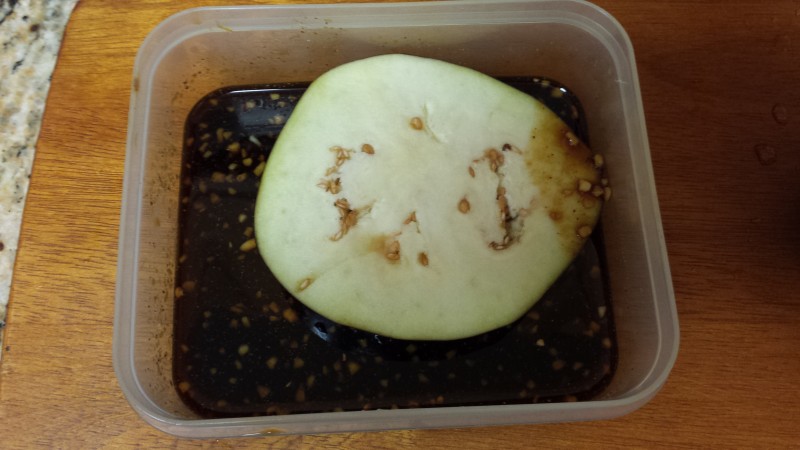 Take your steaks out to the grill and cook for about 5-7 minutes on each side. It may be helpful to spray the grill before putting on the eggplant because they will easily stick to the grates. Also be sure to watch the eggplant carefully so it doesn’t burn. 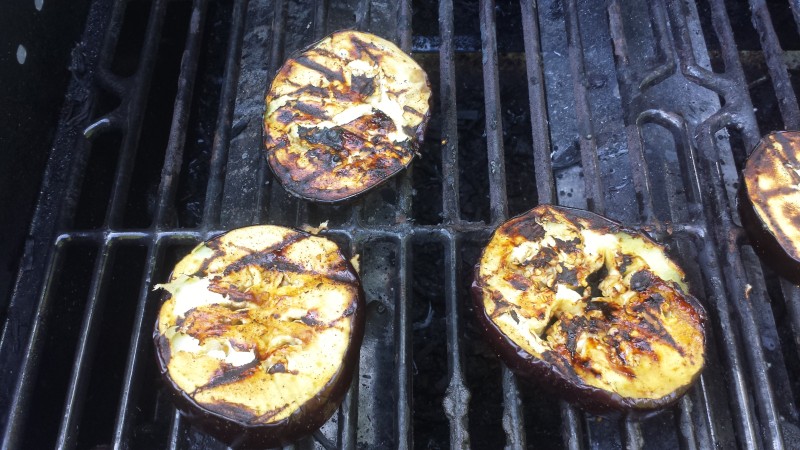 Remove the eggplant from the grill and let them cool briefly. You can enjoy these steaks on a sandwich or with your favorite side dishes. I paired mine with some grilled corn off-the-cob (I just threw the corn on the grill still husked and let it cook, turning halfway. Let cool before you unhusk!) and mashed cauliflower.

Nathan rated this meal “highly satisfactory”, which is a good thing when I am creating in the kitchen!