Friday morning brought another 3am wakeup call for the Inaugural Minnie 10k. This race took place on the roads outside of Epcot, Epcot, and the Boardwalk. Running on the road part was a little boring, but it got a lot better once we got to Epcot. 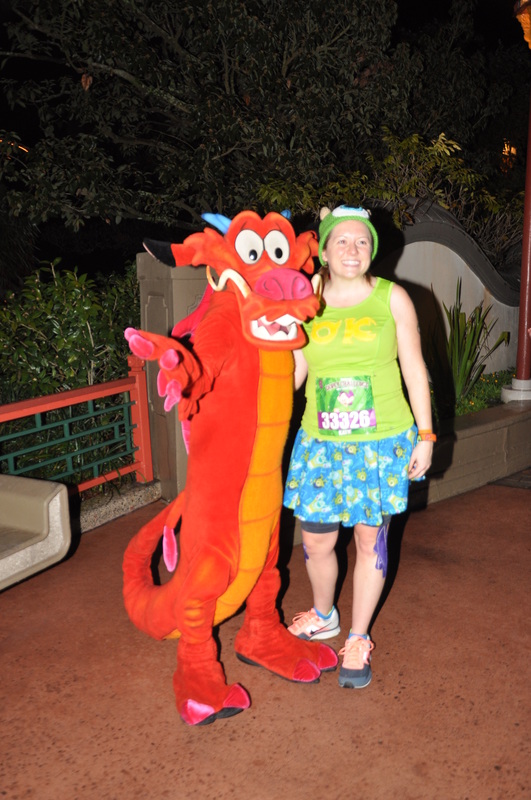 I decided that I could keep pace enough (but still not fast) to stop for a few pictures. I saw Mushu in China, which was awesome because I haven’t seen him before. I also got a picture with the Genie in Morocco. 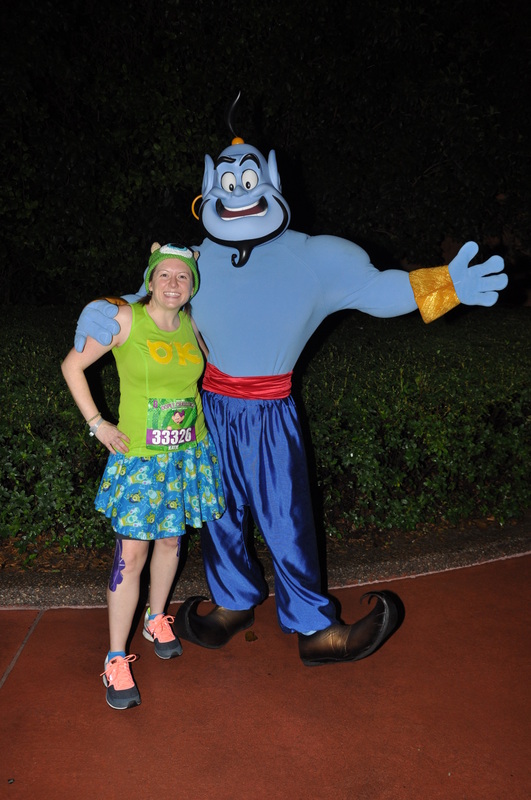 It was fun running through the International Gateway onto the Boardwalk. It was a weird feeling running on the wooden planks, but it was festively lit up and there were people cheering us on.It was especially funny when we ran by the hotels and runners started yelling for people to wake up! 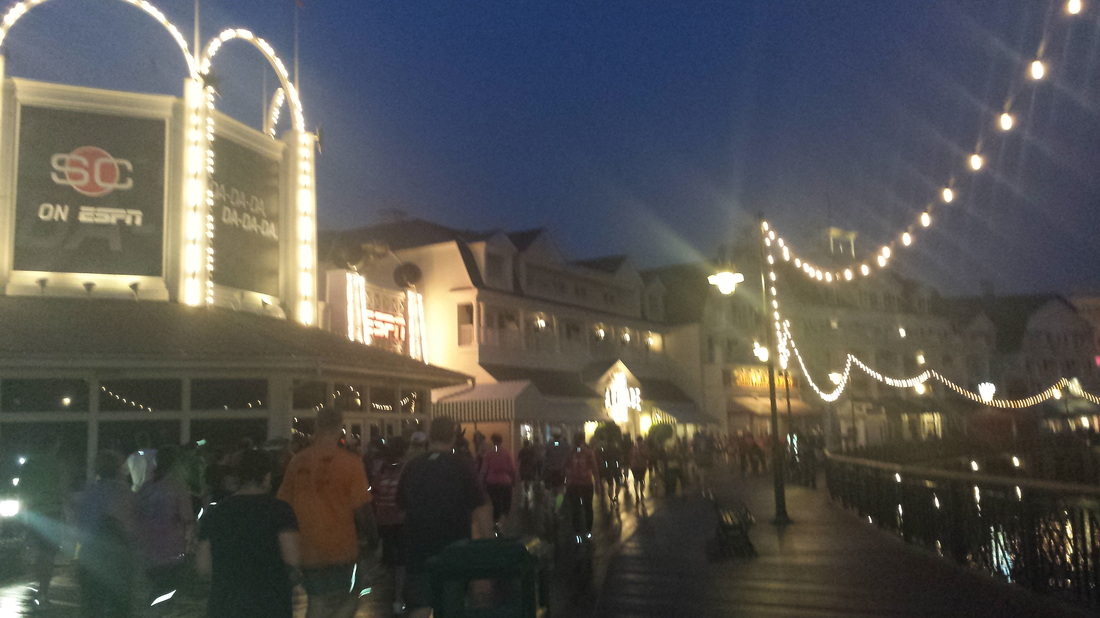 After the Boardwalk, we headed back to Epcot, and I passed by Spaceship Earth just as the sun was coming up. 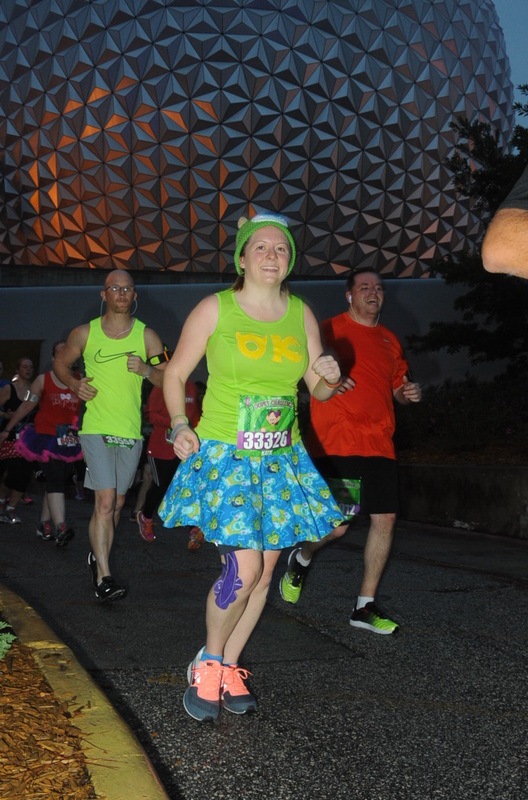 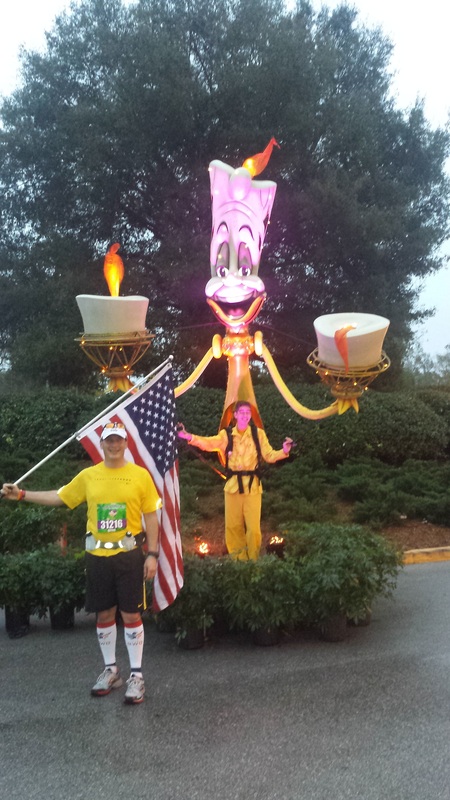 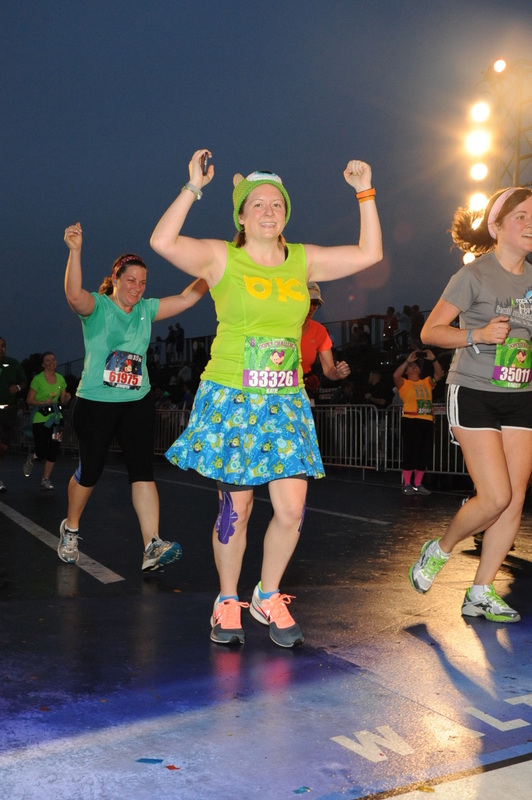 Finishing the 10k! Yay!
I went as Mike from Monsters University. I made the skirt myself, along with embroidering on the Oozma Kappa letters. My sister-in-law, Amanda, made me the awesome hat 🙂 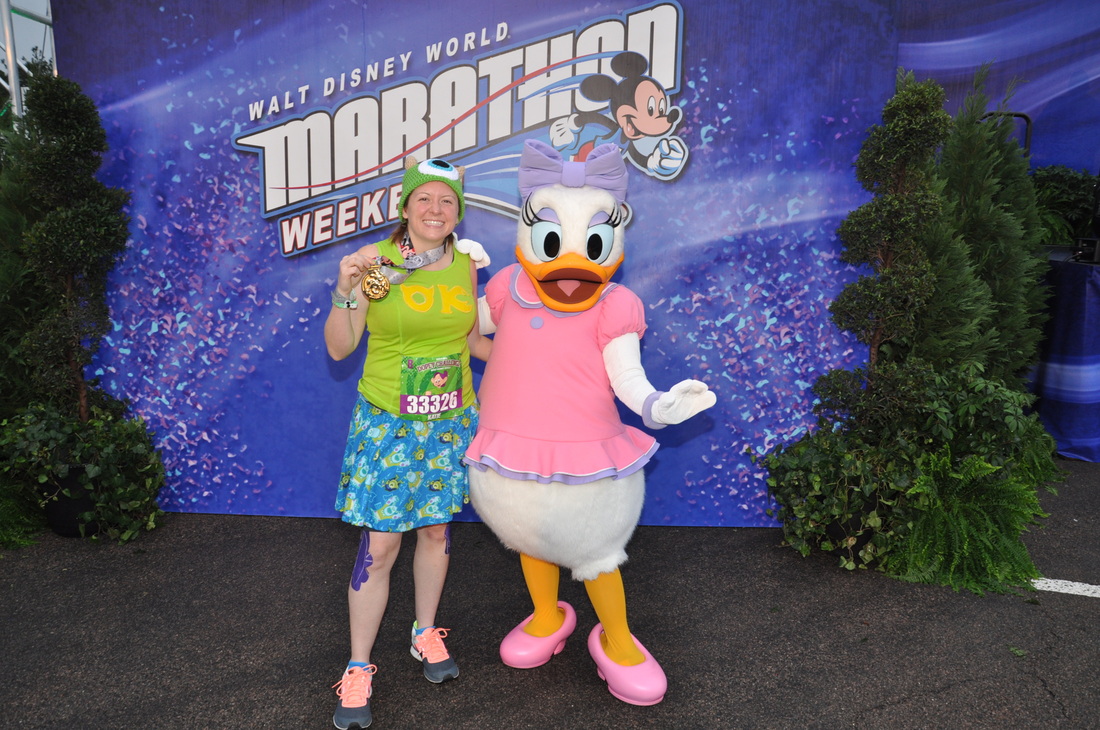 Got my picture with Daisy 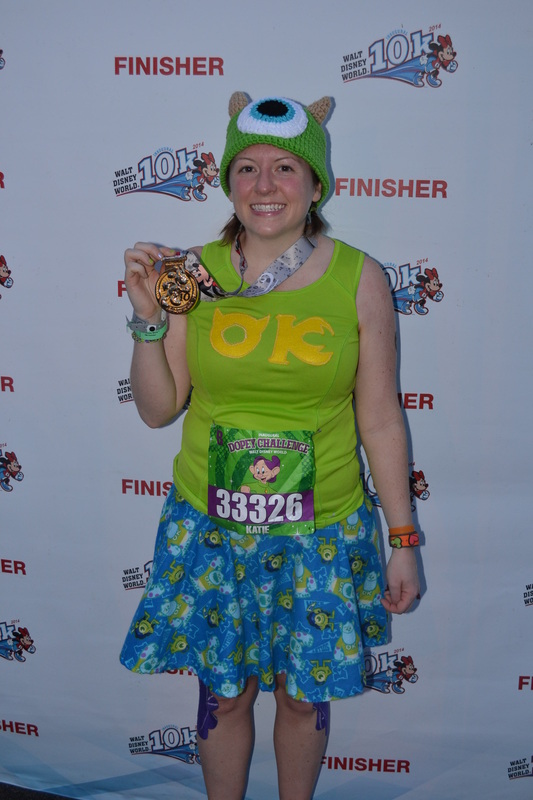 So happy to be finished!!!!