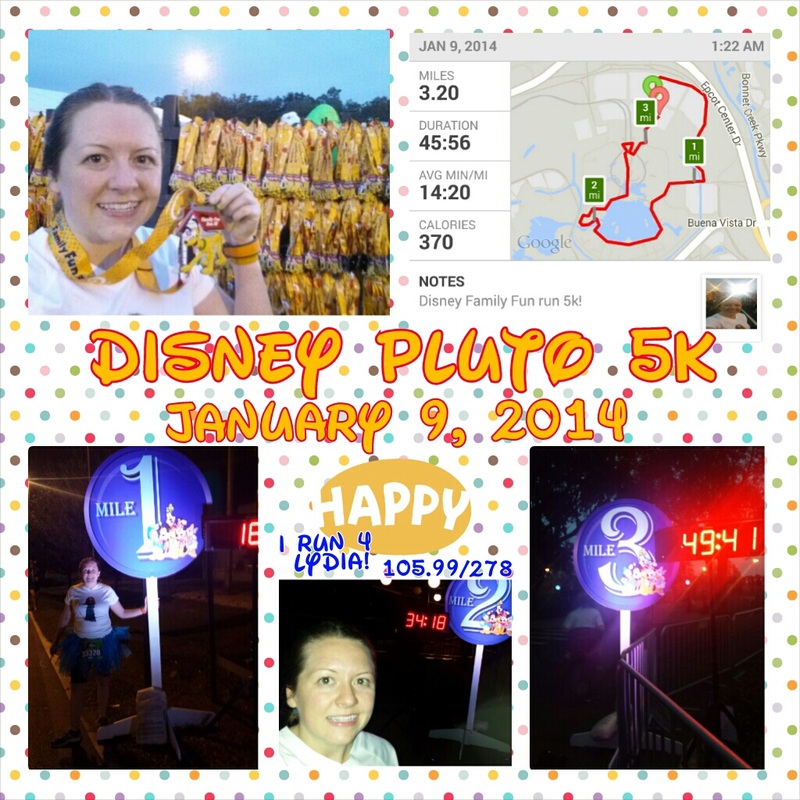 Thursday morning was the Disney Family Fun Run Pluto 5k. I was up by 3am, after only 4 hours of sleep, and on on the bus to Epcot where I stood around for a long time before it was time to start. I was there so early that I easily got a picture in front of the Marathon backdrop. 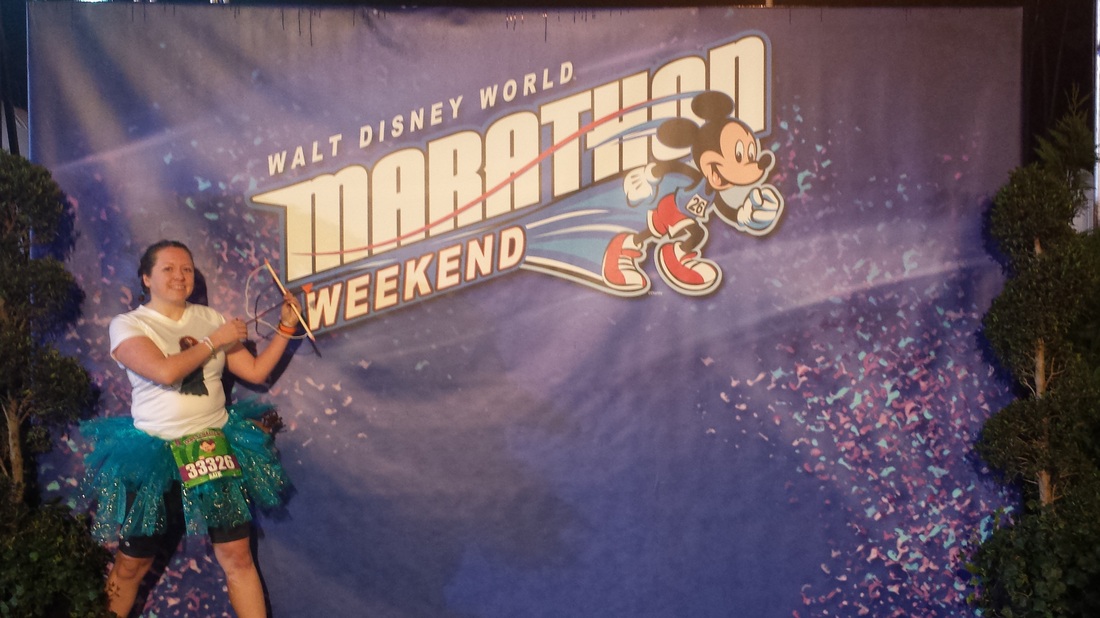 I was in Corral B for both the 5k and 10k. It was mostly Dopey people in these first two corrals (from what I saw). This race took us through Epcot, through the World Showcase, and around some behind-the-scenes areas. I was very nervous about my pace. I didn’t want to go too fast that I would make myself tired, but didn’t want to go too slow. As this was the first of my races of the weekend, I wasn’t too sure what to do, and so I did not stop for many pictures. The lines were very long 🙁 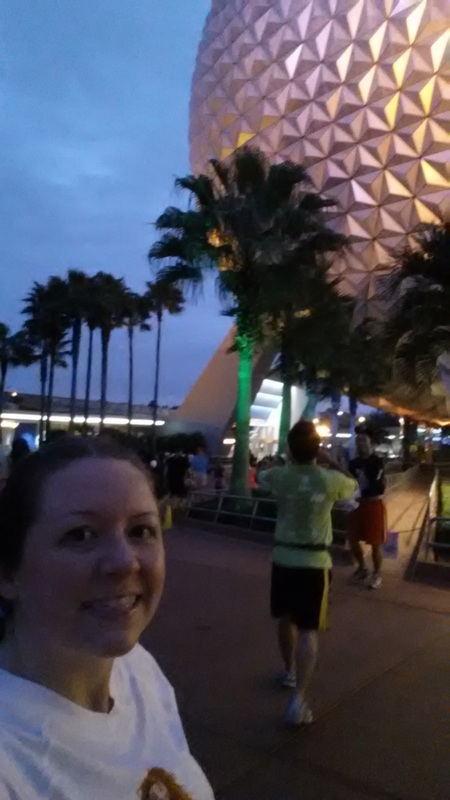 It was awesome running through the World Showcase in the dark. Everything was lit up and it was so pretty and magical 🙂 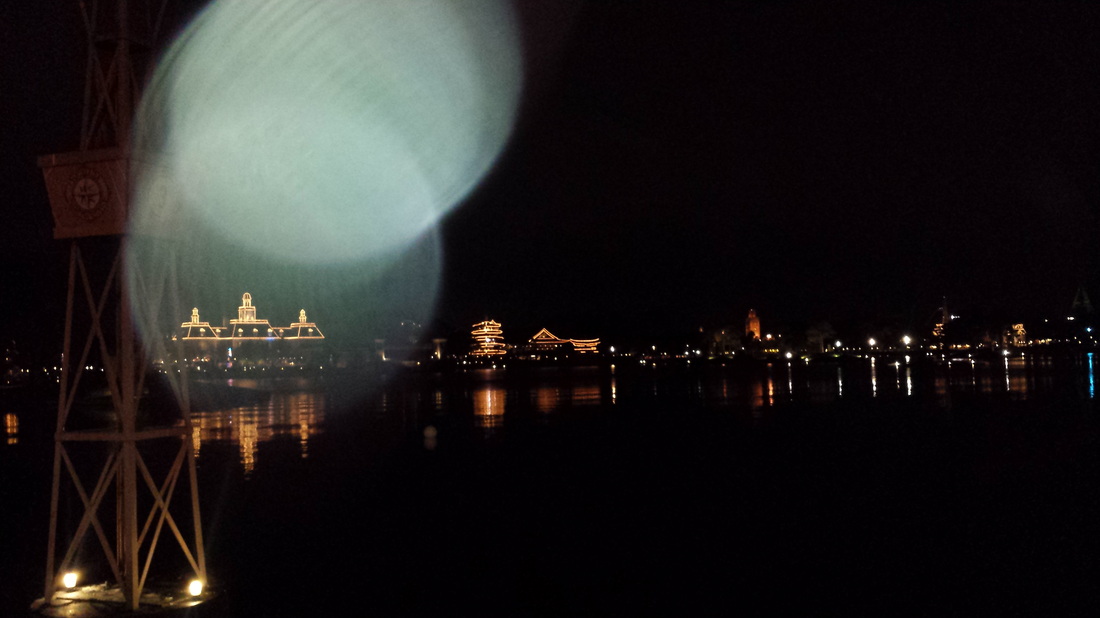 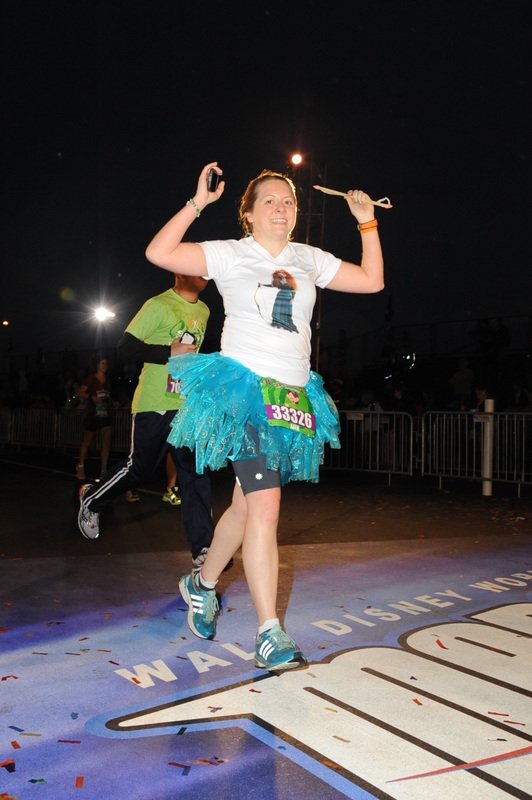 My “I Run 4” buddy, Lydia suggested that I dress as Merida for one of my races, so that was the inspiration for my 5k costume. I ordered the Merida shirt from zazzle.com and had put on the back “I Run 4 Lydia!”. I got some comments along the way from other people who have running buddies, and those that just liked my outfit. 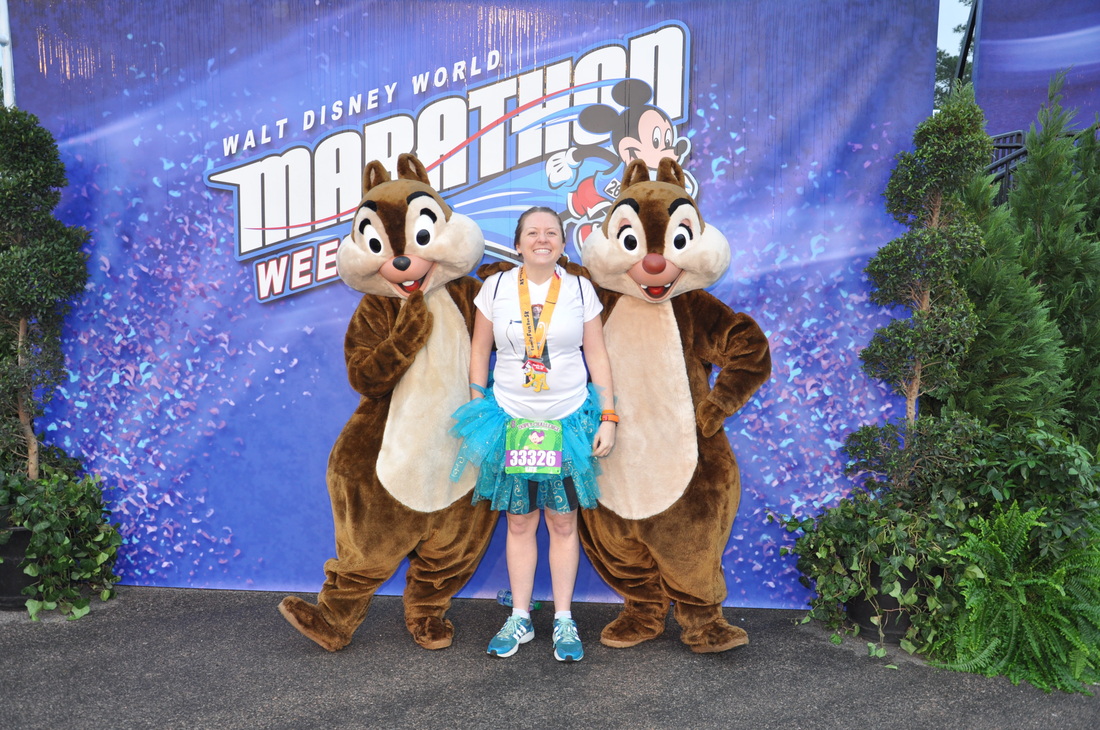 After my race, I got my medal, met up with my Virginia friend, Leanne, and saw Chip and Dale before heading back to the hotel. 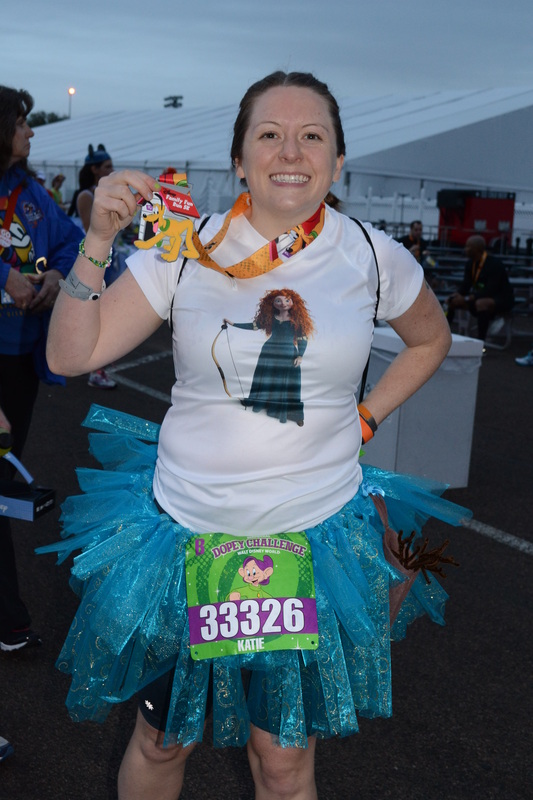 This was a fun first race in the Dopey Challenge. The Pluto medal is so cute 🙂