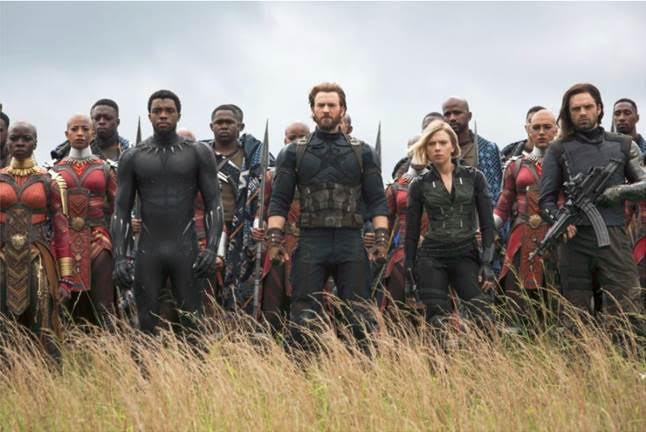 Tim Gunn brings his spoiler-free review of Avengers: Infinity War! Check out his other reviews here 🙂

There are ways one could discuss Avengers: Infinity War in a negative light, in much the same way one could complain about Cinnabons. Are Cinnabons good for you? Are they kind of a one-trick pony? Do you feel just a little guilty after gorging on one (or six?)
My point is, when I walk by a Cinnabon stand, and get a whiff of that type 2 diabetes, none of these complaints seem to matter. It’s all over but the crying.
Have you watched all 40 hours of the Disney Marvel movies thus far? Well, you already know you’re going to see this. And maybe even get yourself some Marvel’s Infinity War posters for your walls after so you can be reminded of it while you wait for it to be released into the world once it’s finished its run in theaters. Looking for the hype, to justify treating yourself? Here’s the lowdown: you will not be disappointed. That’s it. This is no Avengers 2. This is 3 hours of pure, uncut sugar, or about 87 Cinnabon rolls. The big ones.
What if you’ve never read a comic book nor seen any of the movies? Well, first, let me say welcome back from your 10 year nap, R.I.P. Van Winkle. A lot has happened. Also, this movie will make no sense. But go see it anyway. You seem like you need some help staying awake, and the experience of this movie is jolt after jolt of pure adrenaline.

All You Want to Know

So, let’s assume you’re going to see Avengers: Infinity War. Good. Here’s what we’re going to talk about / analyze / obsess over afterwards.
Laser bolts that turn to bubbles.
All the erectile dysfunction Hulk metaphors.
The genetic similarities between raccoons and rabbits.
The awesome cameo by a certain Game of Thrones star.
All the references, both overt as well as subtle, to Aliens.
That obligatory Stan Lee cameo.
Why Darren Aronofsky is going to be upset that Disney somehow made a better Noah movie than he did.
Okay, okay. We’re probably not having those discussions (even though we could), but you didn’t think I was going to spoil all the fun, did you? My guess is most people who are fans of the series will feel compelled to watch this film 2-3 times. I don’t blame them. I have to wait until at least Saturday to see it again, and that will likely happen. 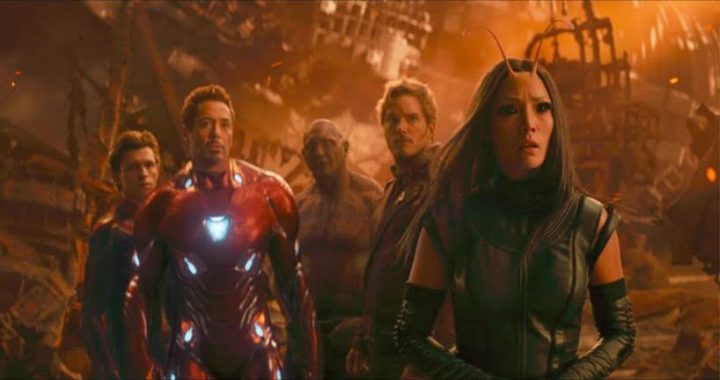 Is it my favorite Marvel movie? Hmmmm. Hard to say on one viewing. It’s definitely top 5, but I’m not sure yet if it’s better than Guardians, Black Panther, or the new take on Spider-Man. But it’s certainly in the same tier with those movies. (For me, the next tier down starts with Doctor Strange or Ant Man.)
The closing cast credits reel is pretty long, so it is in retrospect quite impressive that they cram all these characters into the movie without it feeling like you just mainlined three mini Cinnabons in two bites. I feel like the Thor and Guardians plotlines are my favorite. The weakest is probably the one with Vision and Scarlett Witch, even though they are given a lot of prominence in the plot. It’s also clear that this film was finished before Marvel realized how big a hit Black Panther was going to be. About 80% of the humor lands, and the majority of the big moments feel grandiose and spine tingling enough. The effects are amazing, the score was one sustained echo of every Marvel score Alan Silverstein has attempted this far, and whoever is responsible for the title card “Space,” deserves a promotion and a raise.
The ending is sure to have the fanboy theorists working overtime on YouTube. Get ready for some heavy 30 minute dissertations on all the myriad metaphysical possibilities going forward of the Infinity Gauntlet laced with Allegorical / Kantian philosophizing. Or at least some discourse on whether or not Captain America’s beard was a half-hearted sartorial attempt at a bro-mance with Thor.
Also, stick around after the credits for the customary next-up movie tease.

At the press screening I attended, I had the honor of sitting next to a young woman in her 30’s who is clearly infatuated with Captain America. Or Chris Evans. Or both. The first time Captain America showed up, she sat up straight and practically screamed (moaned?) YES!!! There were numerous discussions with her plus one about Captain America’s hair (give that stylist a raise too!) Later on as Captain America faced a life or death situation, she yelled (grunted?) NOOO!!! That may really be the only review some of you will need.

The cast of Marvel Studios’ Avengers: Infinity War talks about their Marvel Cinematic Universe “family” and what it has meant to them over the time they have spent together making the MCU’s blockbuster movies.