The Washington, D.C. screening of Star Wars: The Last Jedi was Monday, June 11, 2017. I was unable to attend, so I sent my friend Tim Gunn in my stead. This was probably the better choice as he is a Star Wars lover (and sees all the movies multiple times in the theater)! So, here is his SPOILER-FREE review! Check out his other reviews here 🙂

A word of advice for parents: if you intend to take your children, ages 4 to 10, to see The Last Jedi prior to Christmas Day, and you have not purchased recently released Star Wars merchandise for Christmas presents, be prepared for a couple additional requests for Santa and perhaps a quick late-night run to Target.
One word: PORGS!

A couple disclaimers before we get started.

First, I am a life-long, die-hard Star Wars fan. So there may be a bit of a bias there. I am the epitome of the target audience for this film. Second, I have only seen this movie once, and I will definitely be seeing it again (and again…and again). I might even watch it at home using my multi-room music systems. But, I will not be able to rank this against other Star Wars films for a little bit. Third, this is a non-spoiler review. If you would like me to write a spoiler review in the coming weeks after the movie has played to a first wave of audiences, drop us an e-mail, and I will gladly and enthusiastically oblige. Fourth and finally: I watched this movie in 2D. That is my preferred way of viewing movies. I will be seeing the movie in 3D when it debuts on the 14th. If you wish, send us an e-mail, and I will update this review with advice on the choices of viewing format. 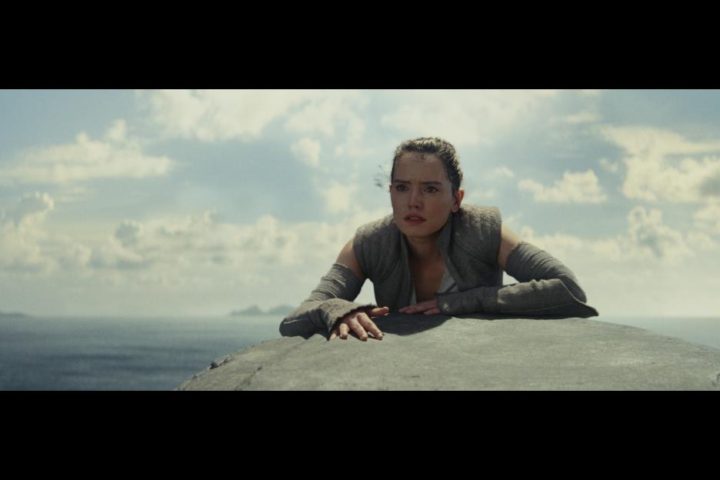 So, on with the review.

If, like me, you enjoy Star Wars, you’re going to see this Star wars movie. I could tell you it’s the worst movie, and you would still see it anyway. Likely more than once. All that being said, this is the Star Wars movie you’ve been waiting/dreaming/pleading/hoping for since 1998 when everybody paid $8.00 to see Meet Joe Black just so they could watch the first trailer for The Phantom Menace. This movie delivers the goods for the Star Wars fan in so many ways, many breathtaking and shocking, that many will assuredly turn right around as the credits roll and buy a ticket for the next possible showing.
But what about for those of you out there who don’t re-fresh Reddit Spoiler forums for hours upon hours each day waiting for another image or trailer to drop? What about the casual fan who just wants to be entertained for a couple of hours, or who has excited kids, but isn’t sure if this movie is going to be okay for them? The kind of person who has heard of BB-8, but isn’t sure if it’s the droid with legs or no legs?
It is my belief that this is a film that will appeal to everyone. It has a little bit of everything, and then some. There is humor (quality humor, not the Jar-Jar kind) and adventure; there will be space battles; light sabers; strange, beautiful aliens of all shapes and sizes; and to say anything more would be to ruin the fun. But suffice to say, this movie has a little bit of everything, and miraculously, it all works. 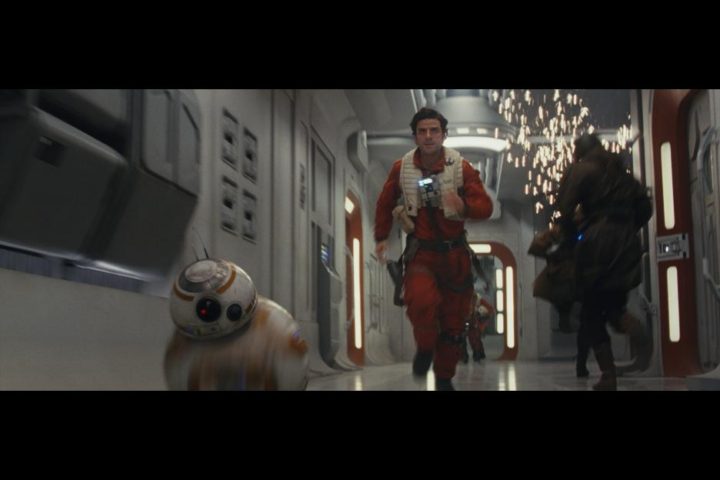 Some parents will ask what ages this movie is appropriate for.

If your kids have seen Empire Strikes Back or Return of the Jedi, they should be fine. There is none of the more adult material presented in Revenge of the Sith or Rogue One. To be clear, some characters die, one in a clever, somewhat gruesome, but not over-the-top way. There are lots of shots of ships exploding (though no deaths are shown or lingered upon). And there are certainly characters in distress, in peril, and a character that is stabbed violently. Oh, and two characters share a chaste, brief kiss. (you have been warned.) I attended a screening with children in the age ranges of 6 to 10, boys and girls alike, and all seemed fine and non-traumatized. If anything, they looked eager and ready to re-watch the whole thing.

So, how is the movie?

While it is too early to say if this is my favorite Star wars movie ever (it’s certainly a contender), I feel like I can whole-heartedly say that Rian Johnson is my favorite Star Wars writer and director. What he does in this movie in terms of storytelling, the performances he elicits from actors both veteran and new to the series, the dialogue, and the incredible, jaw-dropping visuals and plot twists is nothing less than astounding.
If ever there was a Star Wars movie that deserved a Best Picture, Best Adapted Screenplay, and Best Director nomination (though not necessarily a win), it is this one. This may be the best performance of Mark Hamill’s career, and there are fine performances from the late Carrie Fisher, as well as Oscar Isaac, Daisey Ridley, and Adam Driver.
The trailer quotes Luke Skywalker as saying, “This is not going to go the way you think!” He’s absolutely right. It went so much better than I could have possibly imagined! 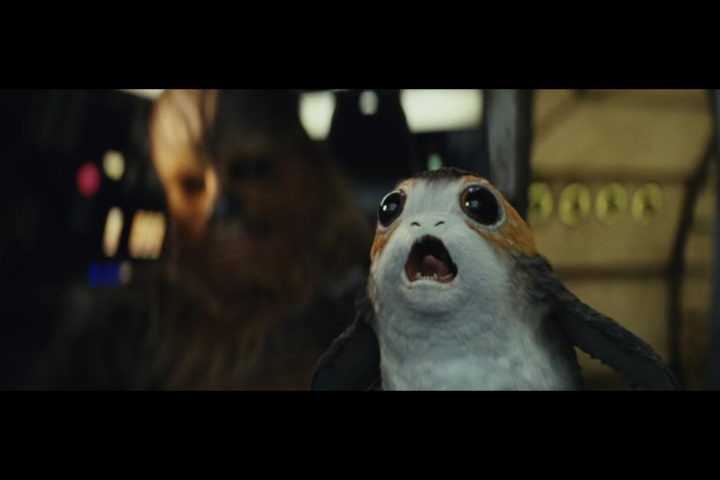 P.S. I am not one that easily or readily cries during movies. I almost did so twice towards the end of the movie.
P.P.S. This is a two-and-a-half hour movie. Make sure there are bathroom trips before the movie begins.
P.P.P.S. The porgs are adorable, puffin/penguin creatures. They are adorable and provide a little bit of comic relief. They are not ewoks. Also, be prepared for requests for Kylo Ren and Rey action figures, as well as fathers (like a space camel/horse) and vulptexes (crystal foxes)!