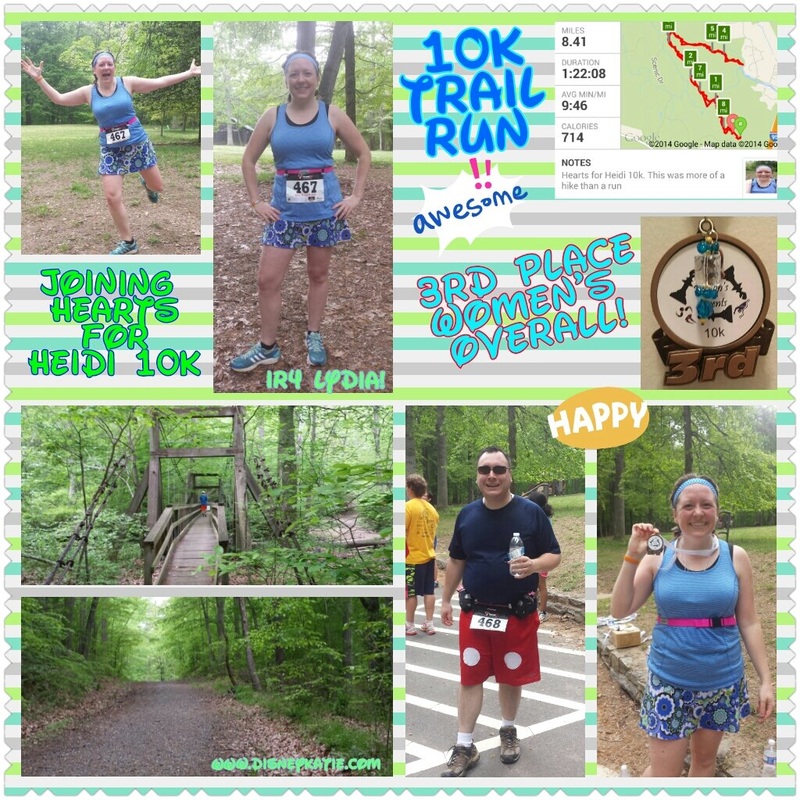 Nathan and I ran the Joining Hearts for Heidi Trail Run 10k. It took place at Prince William Forrest Park and was a VERY hilly run. At some points, I felt it was more like hiking than running!

I was ready to run 2:1 intervals, but that quickly ended with all the hills. It was more of a run down the hills, die walking up the hills, and run/recover on the flat parts.

My RunKeeper was going crazy with its tracking, saying that I ran 8.5 miles. It was a bit disheartening when I knew that it was off because I was ready to be finished! 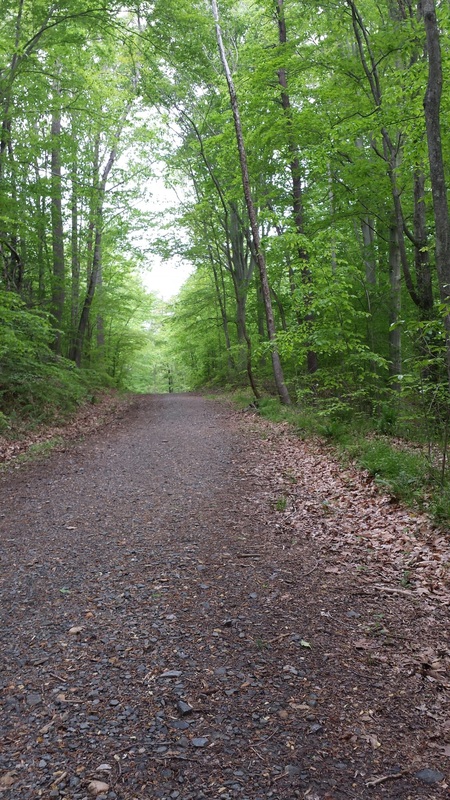 The above picture does not do the hill justice. This was WAY longer and steeper than it looks. This was at the halfway point. We had to run down it, only to turn around and go right back up! 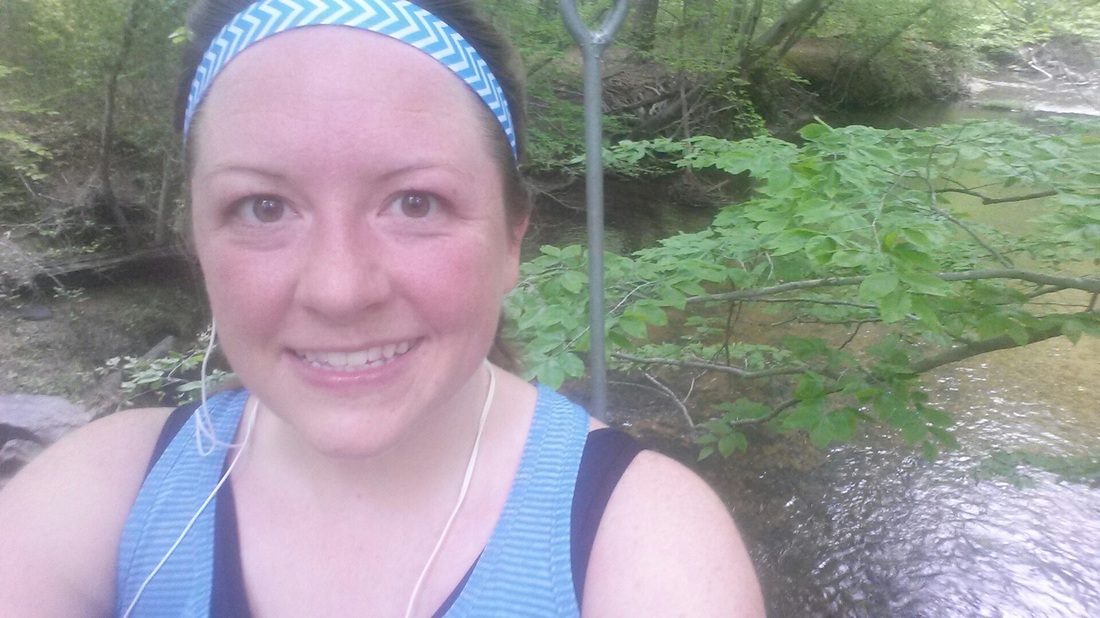 Lovely water shot
It was a very scenic run, with lots of green trees, a few bridges, and some water to look at! Just those stupid hills…. 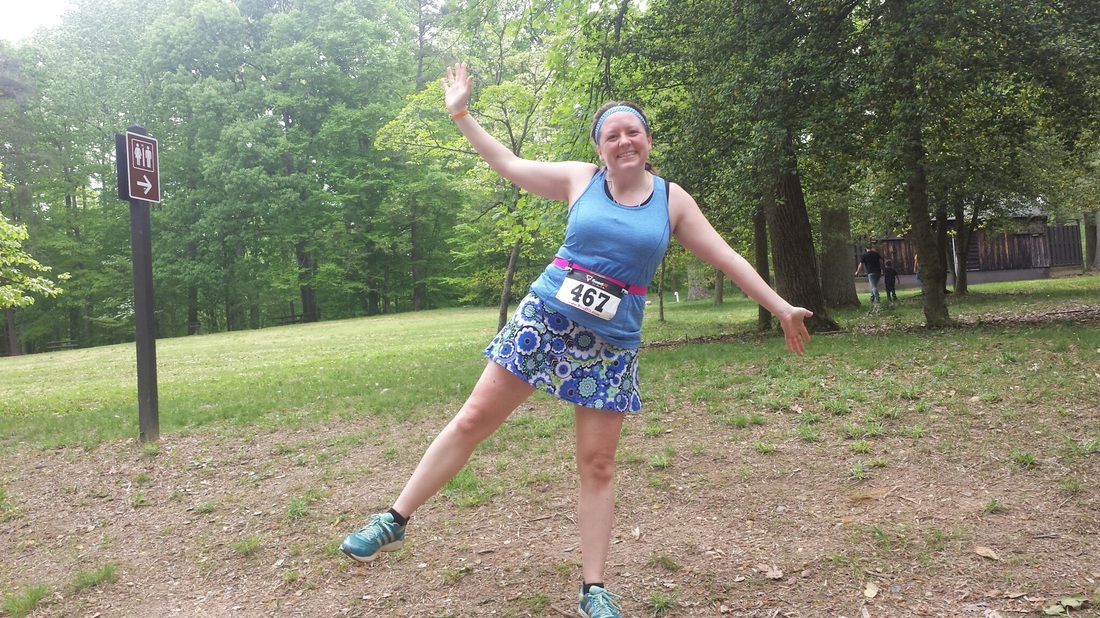 I felt good to have finished the race, I just had to get a crazy shot. It was REALLY hard to balance on one leg. LOL. 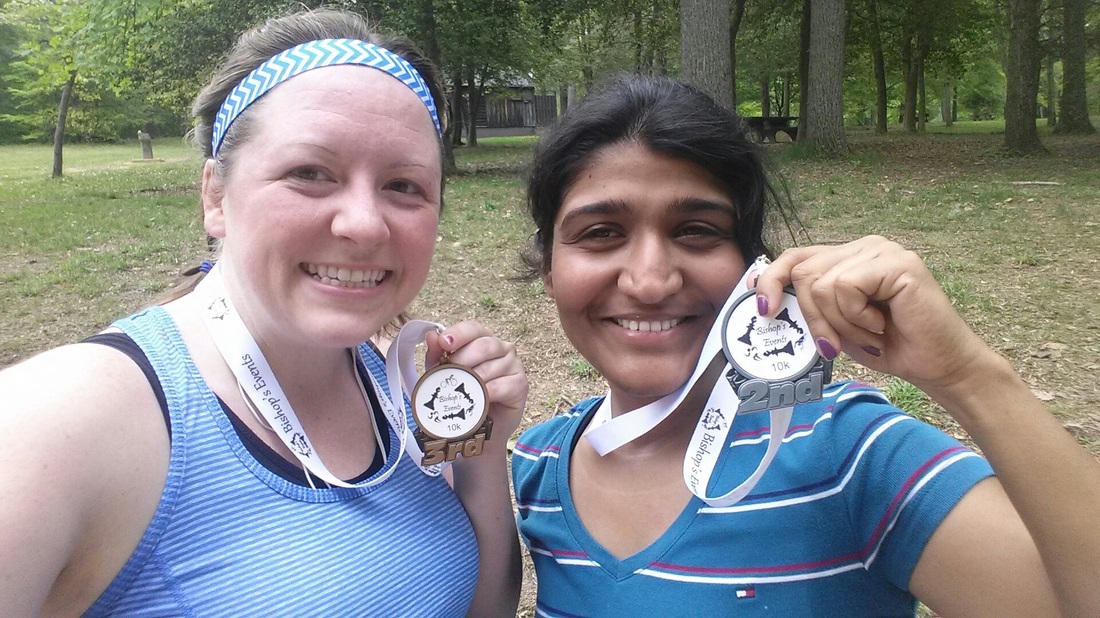 Hey, guess what?! I won 3rd place female overall! That’s right!! AND there were more than three females….I wasn’t even last! I also ended up with 2nd in my age group and 6th place overall. GO ME!!!! Nathan placed first in his age group and 9th overall!
The Aftermath: Nathan and I are both VERY sore from this run. The hills were killer!