The Clarendon Day Run took place in Arlington, VA and included two different distances: a 5k and a 10k. There was also a Double if you were feeling brave enough to attempt both distances. The Start Line was in Clarendon, about two blocks from the metro. The course took you down hill through the city streets and onto the highway, before turning around and ending in Rosslyn. Those who were attempting the Double had to make their way a mile and a half uphill to get back to the start line for the second race. 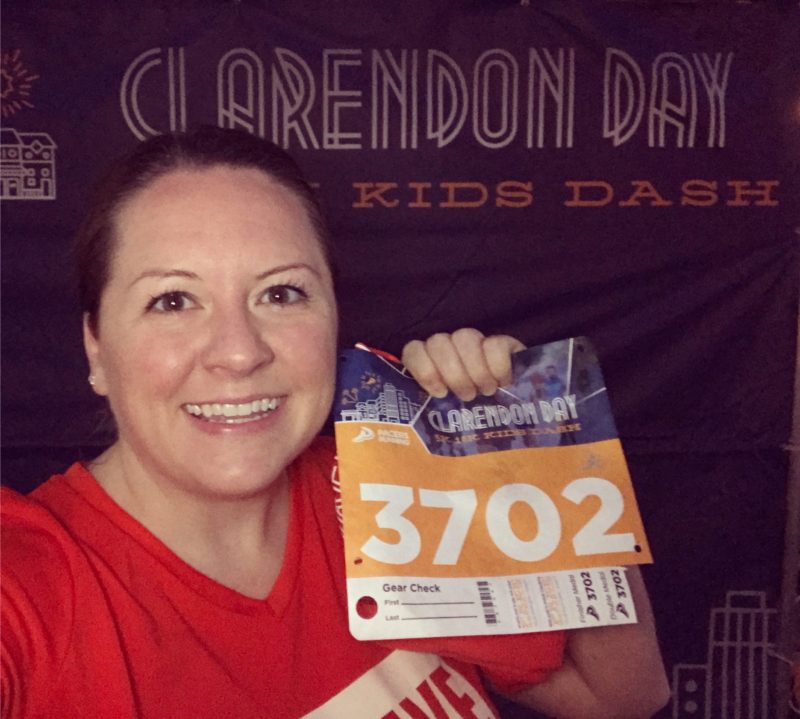 Bib pick-up was available at the Pacers Store the month leading up to the race. They also offered race day pick-up before the start of the race. I chose this option since the store isn’t too close to my home or work. The 5k race didn’t begin until 8am, but I had gotten to the race site super early. I was worried about parking (though, there was no reason to worry – there was plenty of street parking). My wait time was super quick because I was probably the first person to pick-up my bib that morning! 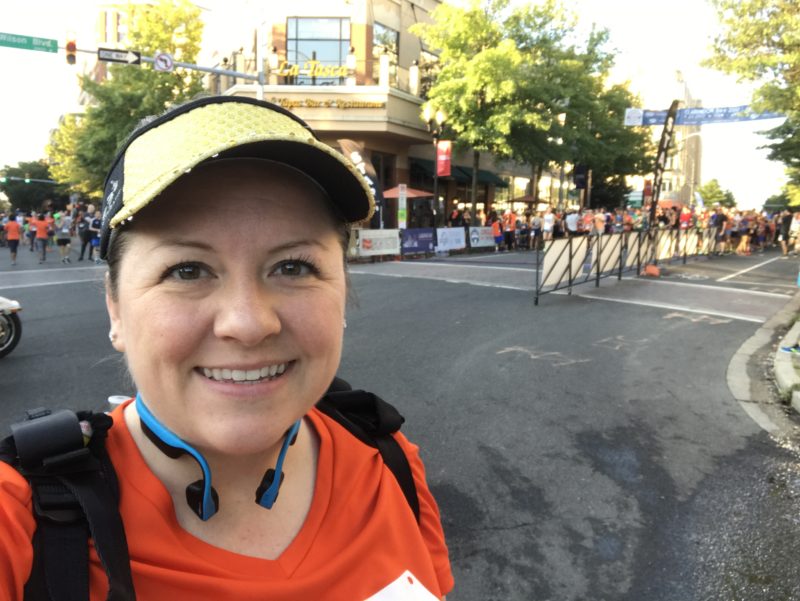 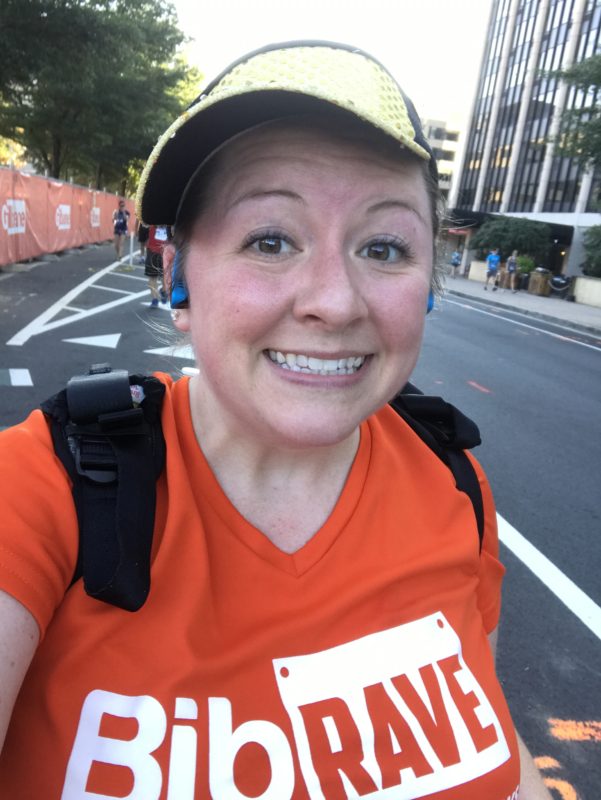 I had signed up for the Double Run with John from Run. Geek. Run (disney). You can read his review of the race HERE! I was not particularly trained up for the race distance as much as I wanted, but we both wanted to try running both races. We decided to use the intervals 30:30, but also running the downhills.

John and I started the 5k out pretty strong and enjoyed our downhill run. We finished the 5k in 40:19, which is my average 5k time these days. As we ran through  the finish, we grabbed a water, banana, and potato chips and quickly turned around for our 1.5 mile uphill climb. This took us a little longer than we anticipated, and we saw the 10k starting before we were back at the start line. We hustled and crossed the start line and began the 10k race.

The downhill section of the 10k was just fine, but when we got to the open highway section, it started to get HOT! There was not a lot of shade and our energy was really dropping. We were at the end of the pack, but still trucking along, despite the heat and my foot really starting to hurt. 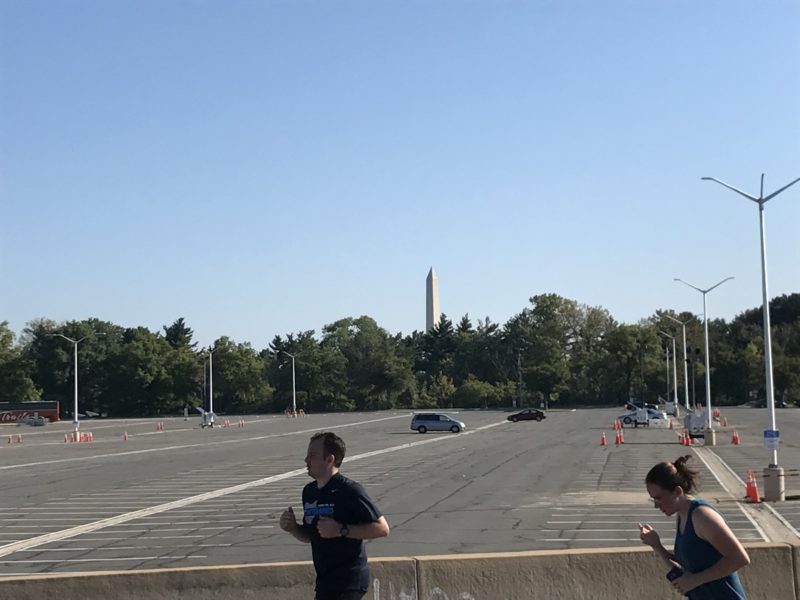 While it wasn’t our best race, we both felt good that we put in the miles. The 1.5 uphill walk back to our car was slow, long, and painful (I walked barefoot because my foot was hurting so bad). In the end, we had run/walked/climbed about 12.5 miles. 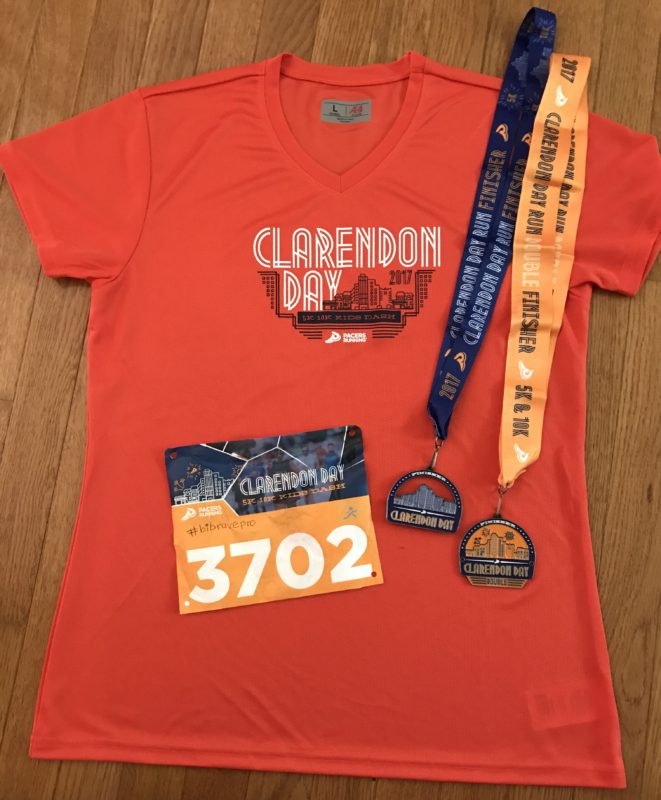 The race shirt is a bright orange – yay! If you also ran the Double, you got an extra medal. There were drink tickets on our bib, but I was way too exhausted to go to the restaurants to claim them. 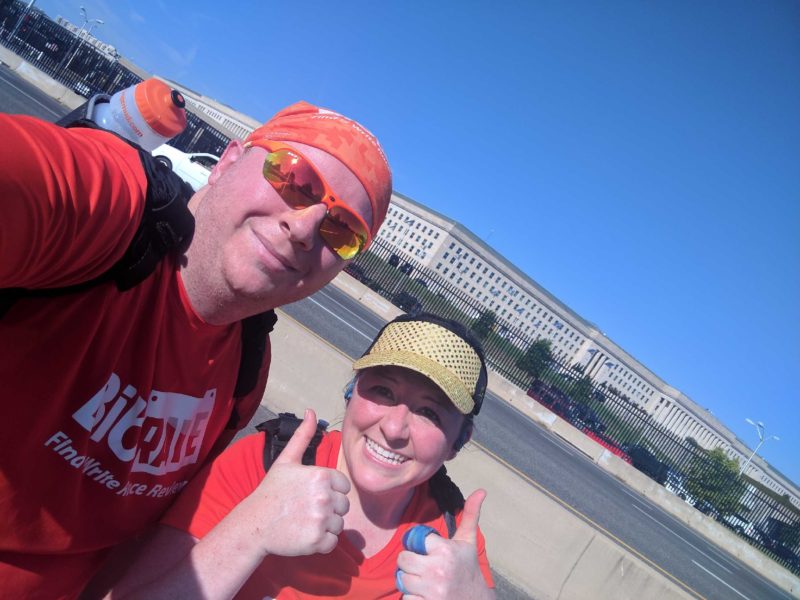 Overall, the Clarendon Day Run was a fun, downhill race. I liked the additional challenge of being able run the Double, I just wish there were a FEW more minutes in between the races!