What better time to eat lots of Disney food and not care about healthy items is when you are running 4 races!! Here is where and what I ate for Dopey Weekend! 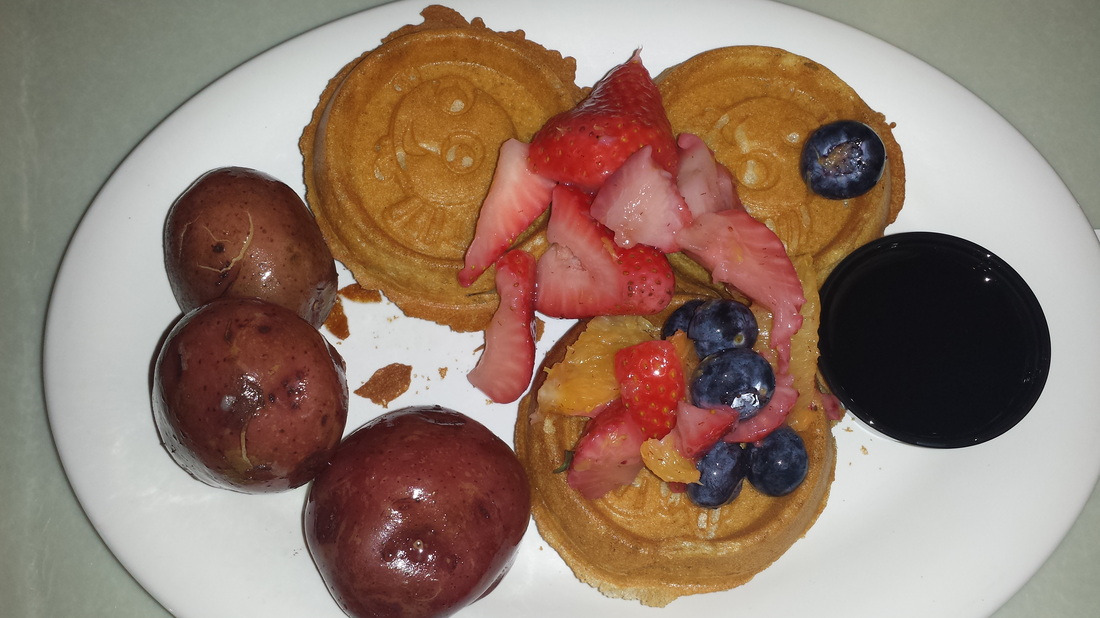 Art of Animation – Landscape of Flavors

After the 5k, we went to our favorite quick-service breakfast spot: Art of Animation. The service was a bit slow (The chef was not Allison, who is usually quick), but my usual meal hit the spot.

Later that night, we ate at Be Our Guest. You can see my review here. 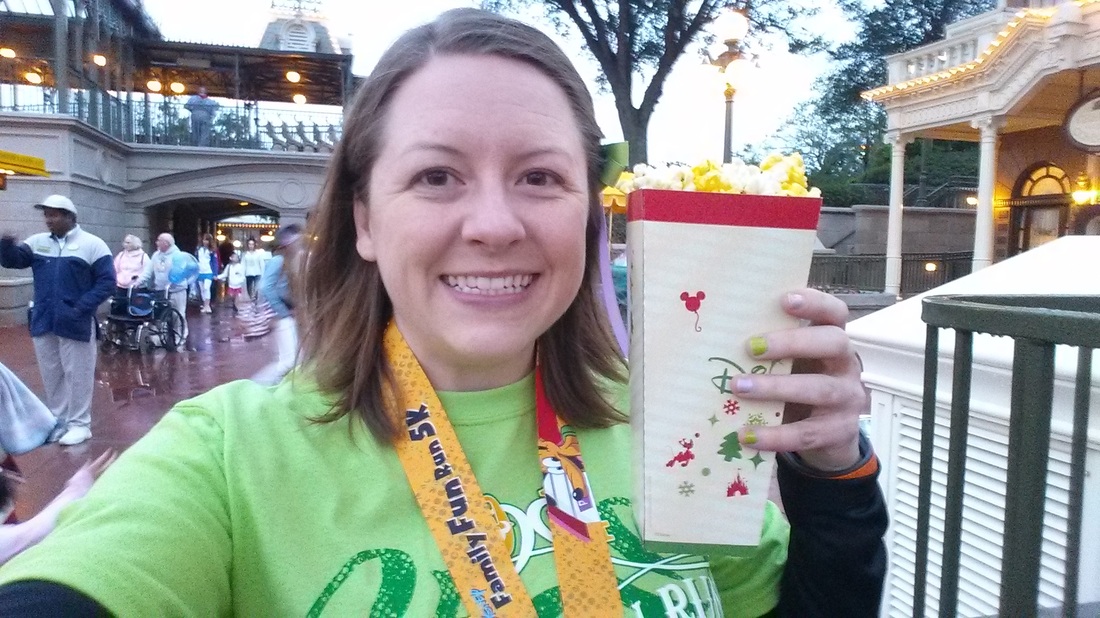 Popcorn-loading at MK before Be Our Guest 🙂 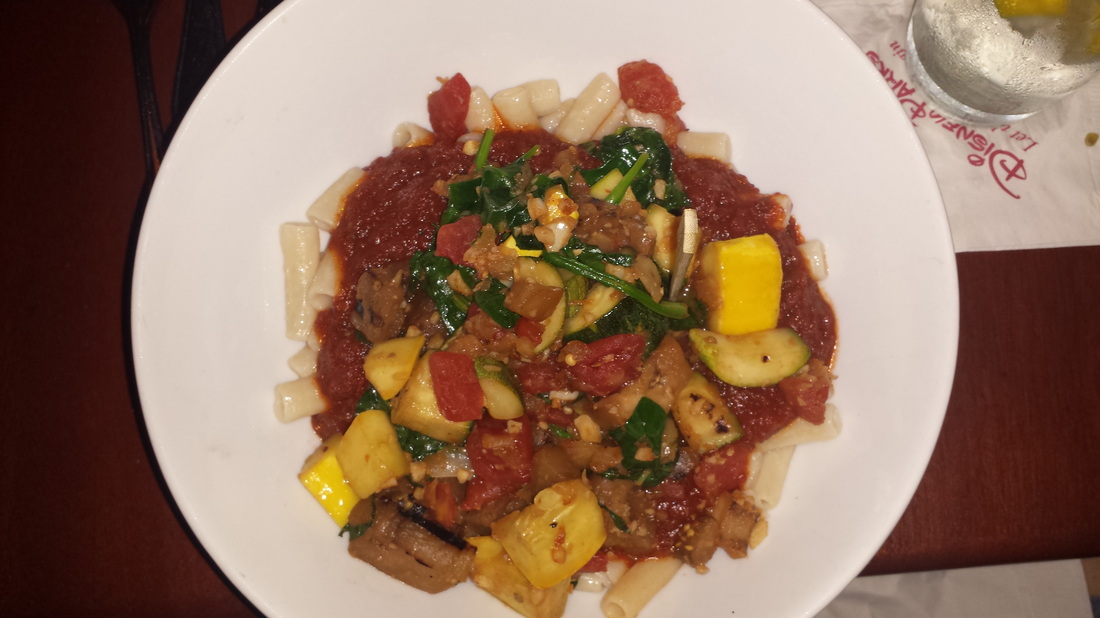 Mama Melrose – Hollywood Studios
After the 10k we had lunch at Mama Melrose at Hollywood Studios. This is not a particular favorite of ours, but Tutto Italia didn’t have any reservations left. I ordered the gluten-free, vegetable pasta. I also ate a lot of bread. It was a decent meal for me and filled me up. 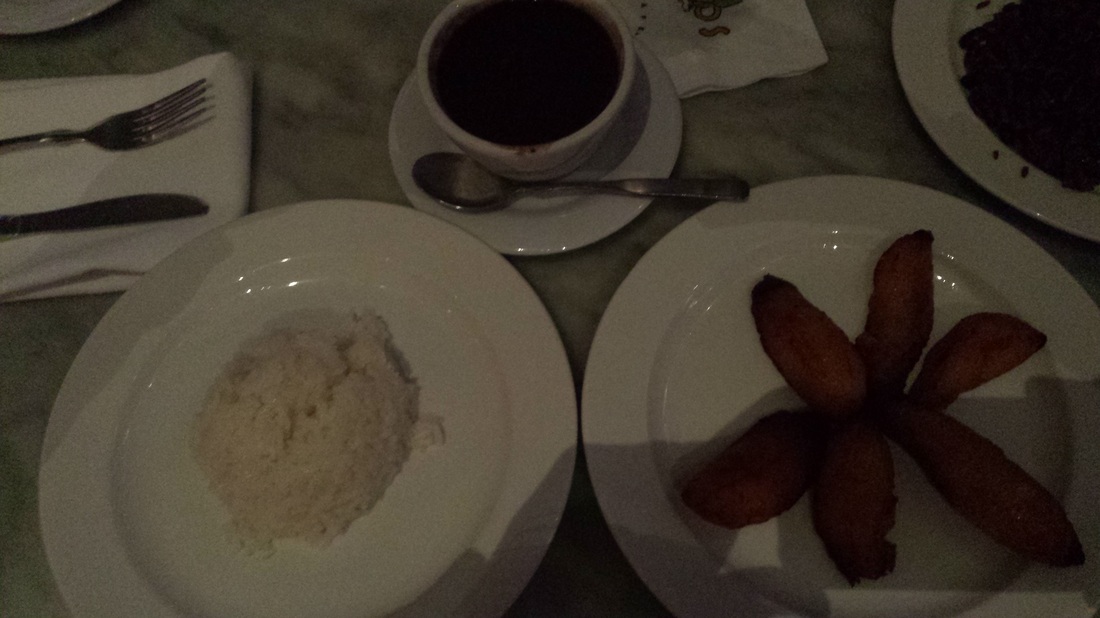 Bongos Cuban Cafe – Downtown Disney
Friday night we trekked to Downtown Disney and ate at Bongos Cuban Cafe. I ordered 2 sides of black beans, 2 sides of rice, and some plantains. Everything was good, though the waiter and service was really slow. We had to wait a long time to get refills, extra sauce, etc. Nathan ended up getting the Veggie plate, which is basically steamed vegetables and rice. It was hard to communicate that he wanted sauce to go with it, so the ended up giving him straight pepper sauce. Bongos is not the best for a variety of vegan food, but I was craving beans! 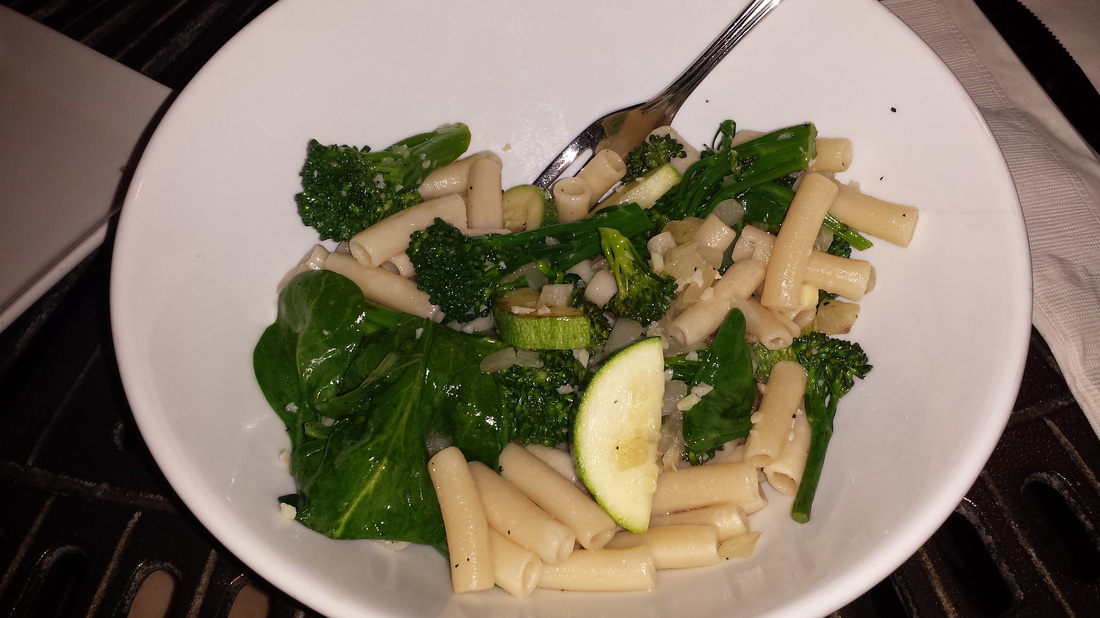 After the half marathon, Nathan and I went to Cape May at the Beach Club for breakfast. You can see my review here.

That night we wanted to stay near the hotel, so we ate at Saratoga Spring‘s Turf Club. My sister Heidi came to join us since she was running the marathon the next day. It was a nice night, so we ate out on the patio. It started to downpour halfway through, but we were covered and away from the sides. I ordered the gluten-free, vegetable pasta. It was light and refreshing, and I really enjoyed the broccolini. I just wish there would have been some sauce. The service was a bit slow, but the food was decent. 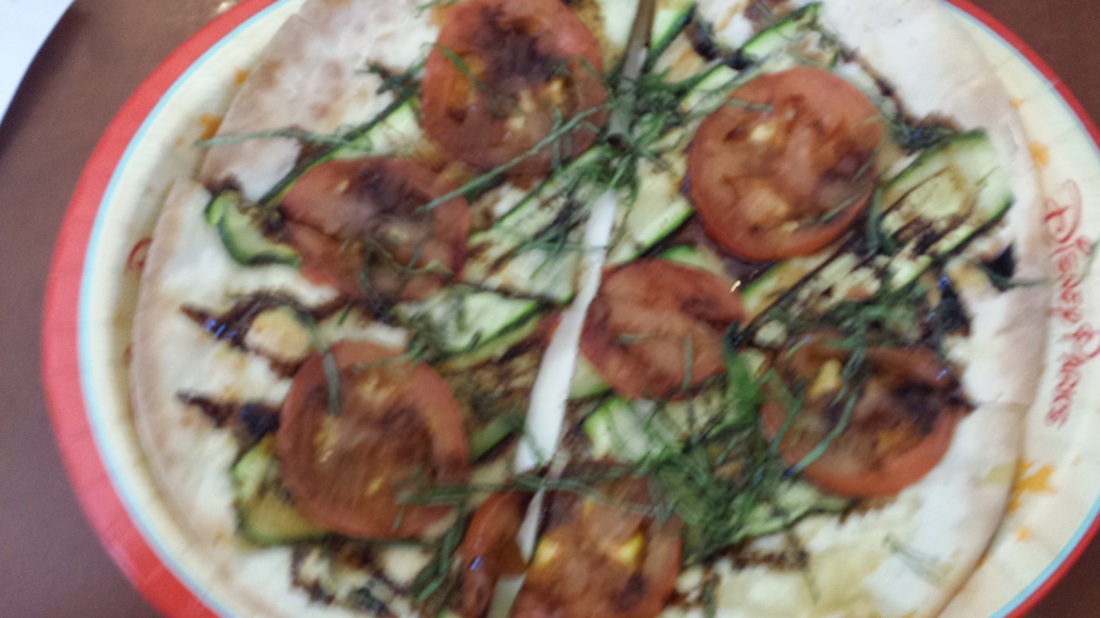 After the marathon on Sunday I was starving. We headed back to our hotel and stopped at the Artist’s Palette. My options were a sandwich with tomatoes and mushrooms, or a flat bread “pizza”. It was basically a flat bread with some zucchini and tomatoes, with a basalmic reduction. I devoured it, including most of the tomatoes (yuck!) because I was so hungry. It wasn’t impressive, and was completely over-priced.

That night we went to Boma with Heidi to celebrate finishing the marathon. I don’t think I took any pictures of our meal, probably because I was so tired. 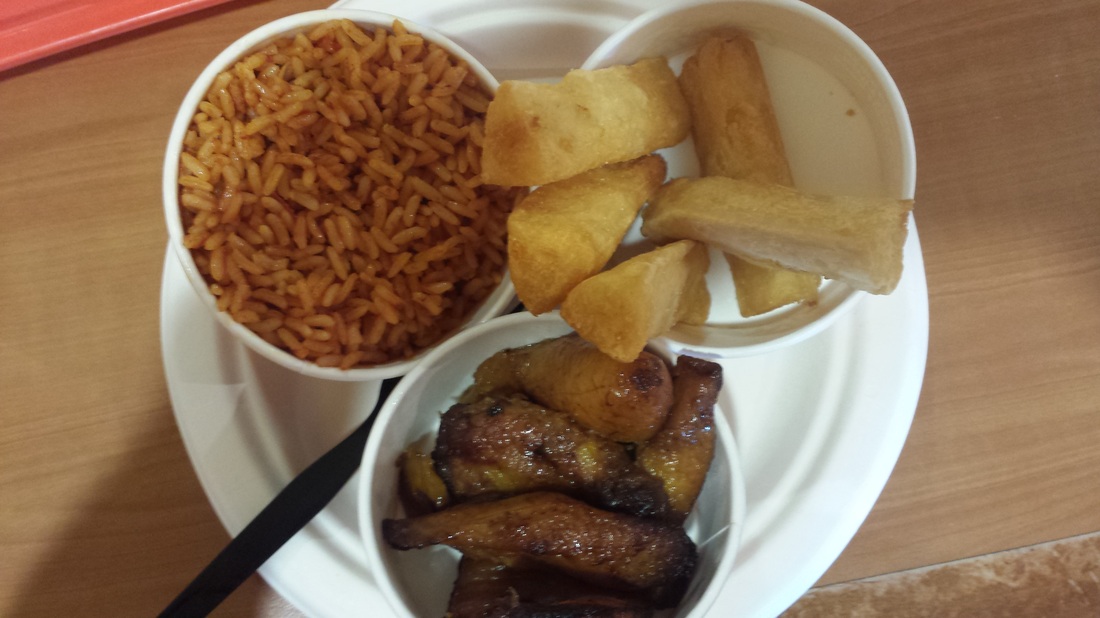 On Monday, before heading to the airport, we stopped at Downtown Disney for a trip to Baby Cakes. We also decided to try Pollo Campero as well. I could eat the plaintains, Yucca fries (YUMMMMM!!!), and the rice. All the beans either had wheat or dairy in them. I love Yucca fries and went back for a second serving. It’s nice to know that we have the quick option at DD, and that is was really inexpensive.

Afterwards we went to Baby Cakes and spend lots of money on pumpkin and banana bread, cookie sandwiches, and cupcakes.