Breakfast at Cape May 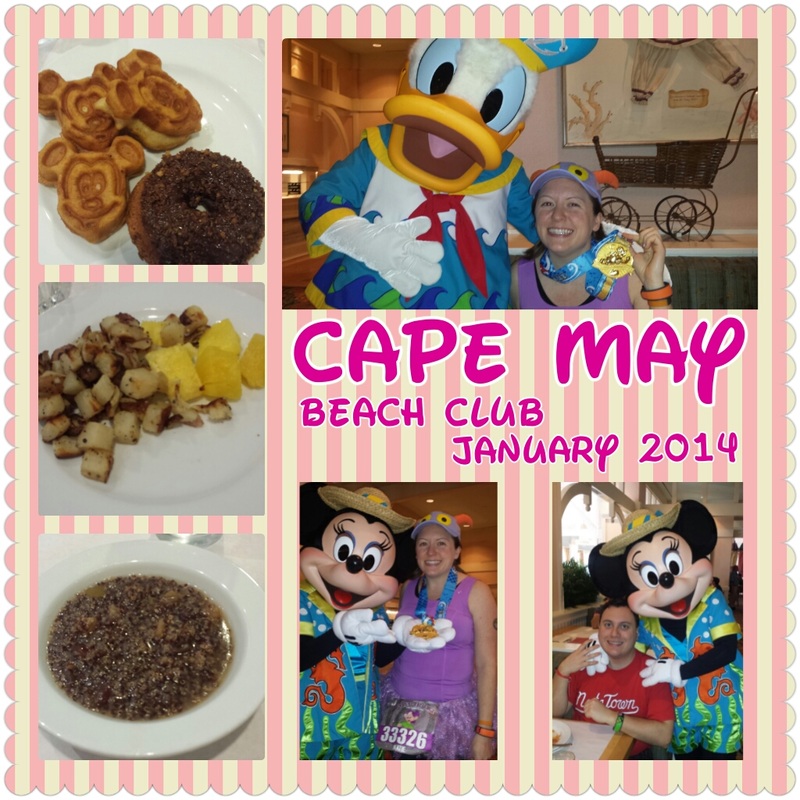 After the Half Marathon Nathan and I met up at the Cape May at the Beach Club. We were late for our reservation, but they were very accommodating at fitting us in when we were ready.

The chef came to see us and explained what we were able to eat. I picked Cape May because of the breakfast quinoa (I wanted some protein after my race), so I was excited to try it. I was brought out some Mickey Waffles and a Baby Cakes doughnut. This doughnut was to die for! SO good!

I could also have the quinoa (which was sweet and had raisins), fruit, potatoes (these were really good), and broccolini (these took awhile to get because they were a popular item!). Everything was very tasty, and we quickly stuffed ourselves full of food.

Minnie and Donald came by to visit two times, but we somehow missed Goofy. Dressed in their beachwear, they were excited to see me and my medals! Donald was very excited about my Donald Medal.

This was a good character buffet, not crowded, and at a good price. We would come here again!