Disclaimer: I received free entry to the Virginia Beach Rock ‘n’ Roll Half Marathon as part of being a BibRave Pro. Learn more about becoming a BibRave Pro (ambassador), and check out BibRave.com to review find and write race reviews! 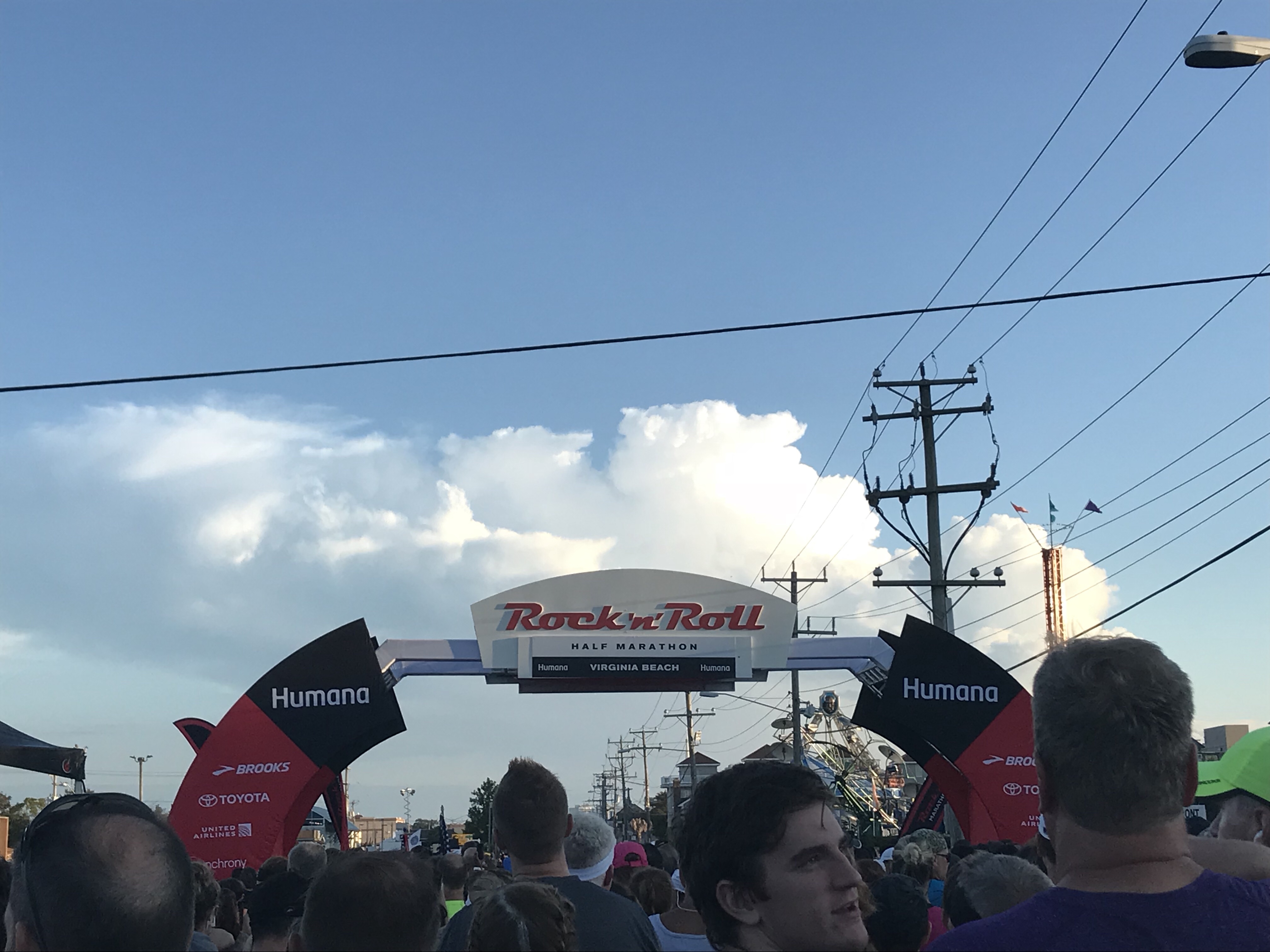 I drove down to Virginia Beach early on Saturday morning. It was Labor Day weekend, so even though I left early, there was still a ton of traffic. What should have been a three hour drive turned in to six hours. Regardless, I arrived with plenty of time to hit the expo.

The expo took place at the Virginia Beach Convention Center. Packet pick up was quick and seamless. I got my bib and shirt and then went to explore the expo. There were about 50 exhibitors, but not much really caught my eye. I bought a pair of socks from the main merchandise area and then went in search of some Huma Gel. No one was selling any, so I settled for some Sports Beans. I was in and out of the expo in about 15 minutes. 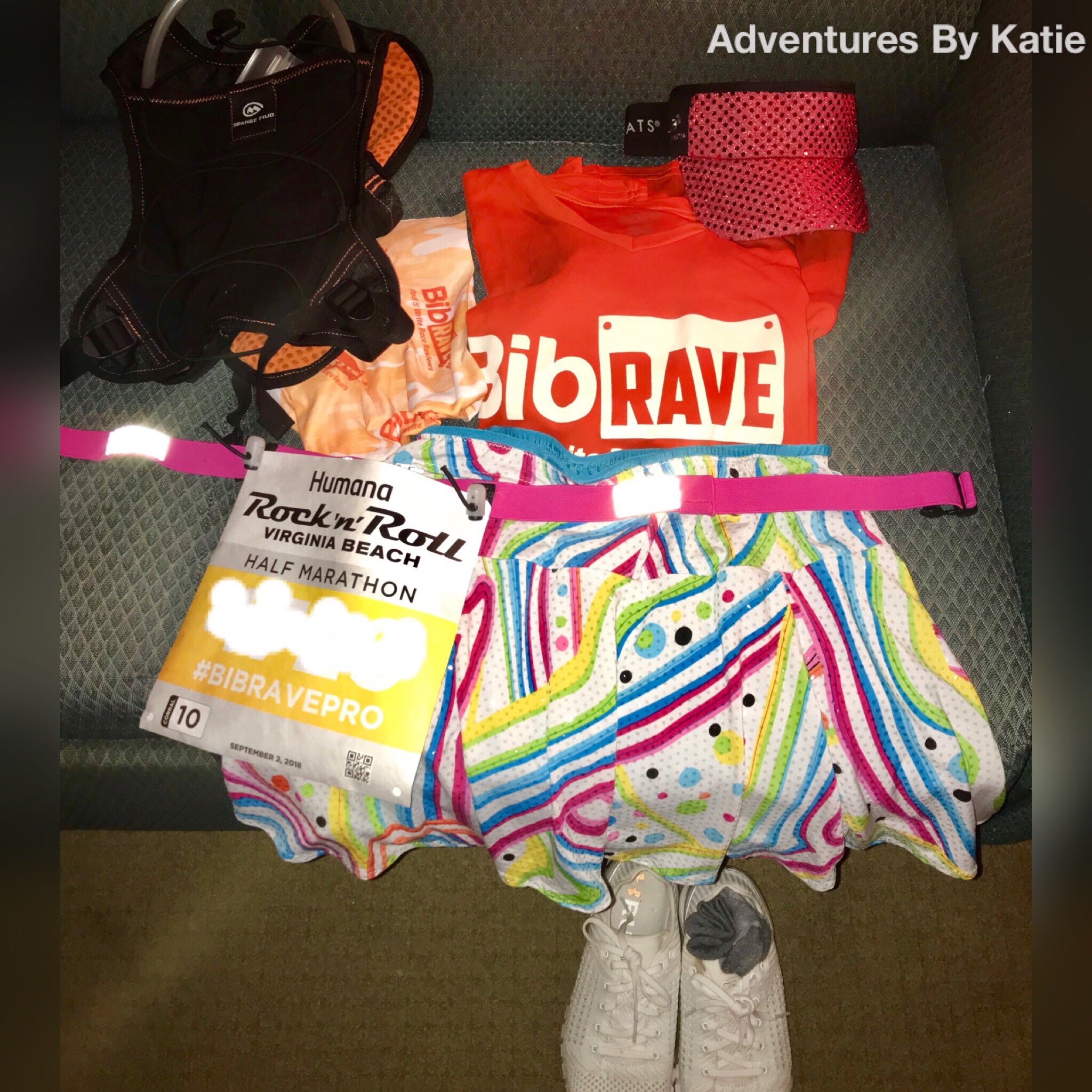 Because of my original hotel cancelling my reservation and not letting me know, I was not staying on the boardwalk where the race was to start. The hotel at which I ended up was the Virginia Beach Resort Hotel and Conference Center, about 20 minutes away. Luckily, it was still on a beach, just not the main beach. I left my room about 5:30am and arrived at the parking lot on 19th Street a little before 6am. It was a bit crowded trying to get in the lot as they had to collect $10 from everyone. But, I was able to get a parking spot and use the bathroom before the race.

I even had time to go on the beach and watch the sunrise! Which, is totally magical. I finally walked over to the start line, found my fellow BibRavePro, Vanessa at She Runs by the Seashore, and wait in my corral for the race to start. 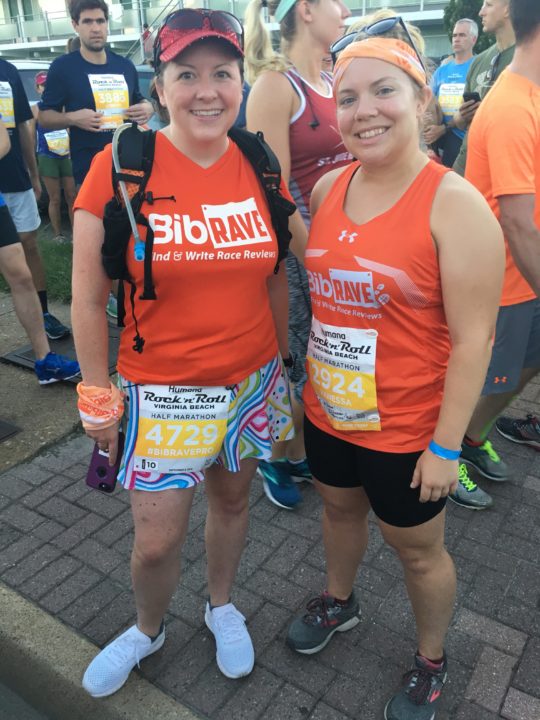 The course begins right on the boardwalk, where you run for about two miles. Then, there is a small bridge before entering a more residential area.  There was a man with a parrot cheering us on. 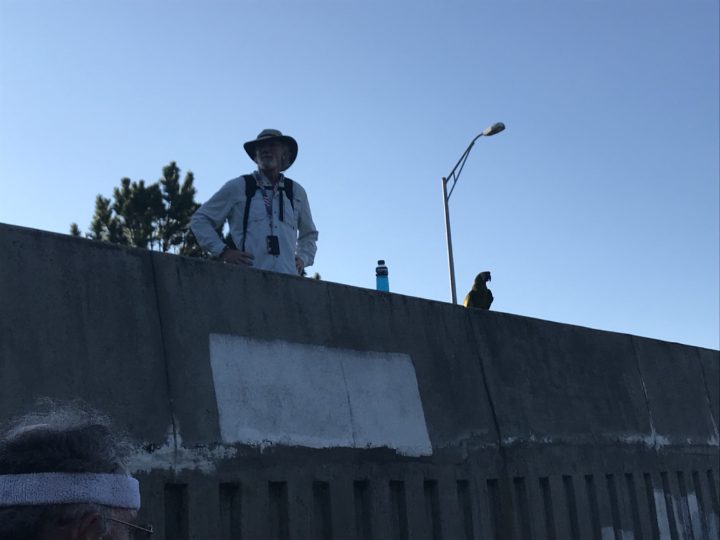 This area was nice because the road was tree lined and there was shade. It was a straight shot for three miles before turning a corner and making our way back. 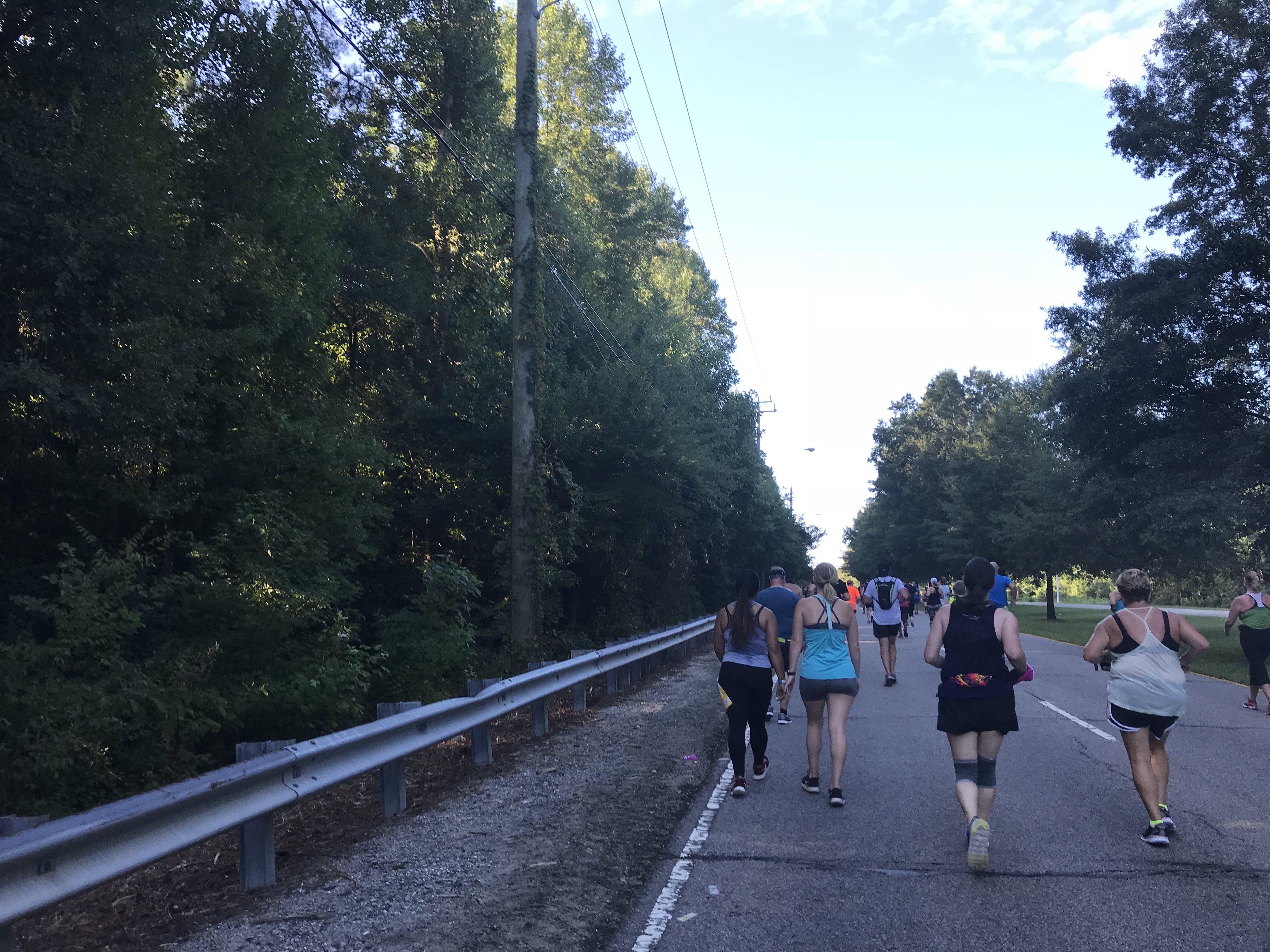 Miles 7-9 were terrible. I did not enjoy running through Camp Pendleton. It was getting really hot, and there was ZERO shade. These were my slowest miles. 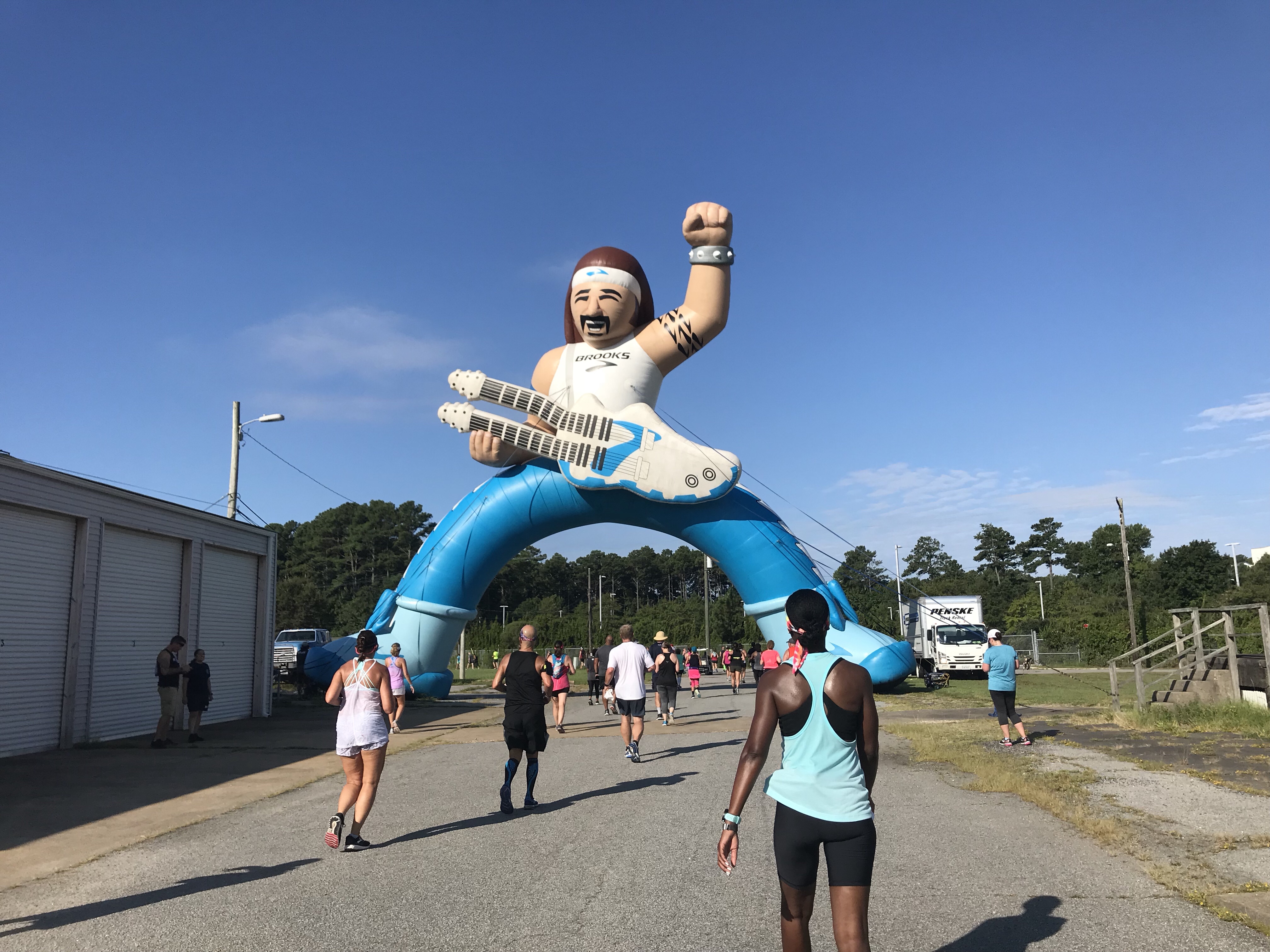 Once back on the main road, my pace slightly improved. There was more shade, and some neighborhoods were passing out popsicles. There were also some sporadically placed sprinklers that helped cool you down. 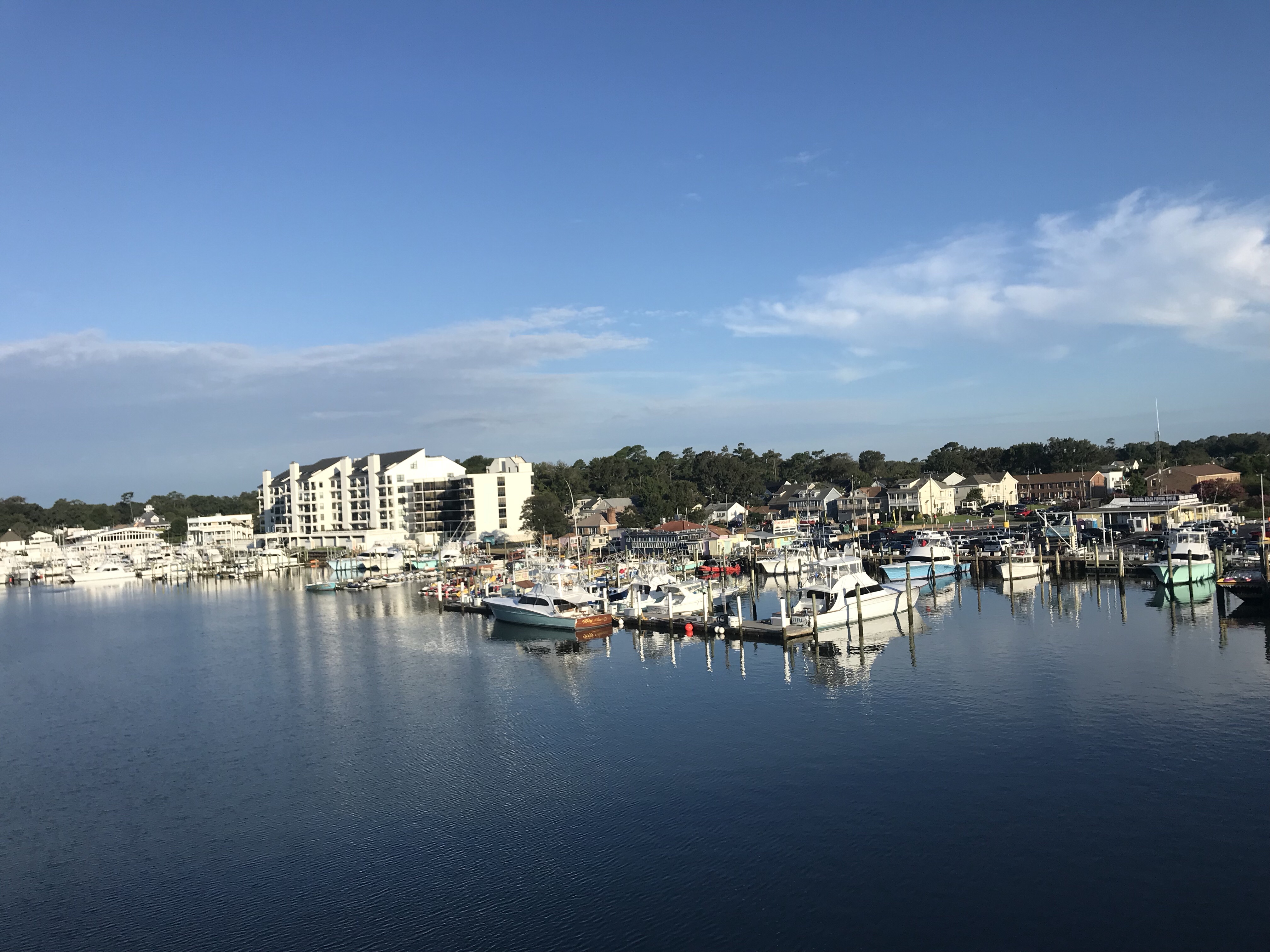 Running over the bridge once again, you turn and head toward the beach area. The finish is along the beach, where there were a bunch of people cheering.

There were 13 stages set up along the course. There was a variety of music from alternative, classic and punk rock to blues, jazz and soul. Even with all the music, I thought the “rock” was lacking. I was really hoping for more dancing music, but there were really only two or three bands that got me energized. I also think the volume could have been cranked up a bit more.

There were a lot of spirit teams cheering us on, and I appreciated that. The dancers and cheerleaders were motivating and fun to watch as we ran by.

Finishing the course, you run through the shoot and then get your medal. Keep walking and water and food was available. Options included Gatorade, chips, chocolate milk, hummus and pretzels, and bananas (which were way too warm and mushy). There was a merchandise area, a beer garden, and some musical acts.

I did really well for the first seven miles. I was keeping pace with the 2:45 pace group, but then it started to get way too hot. It also started to get to an area with no shade. I did a lot of walking for miles 8-10, and then sped up a bit for the last 5k. 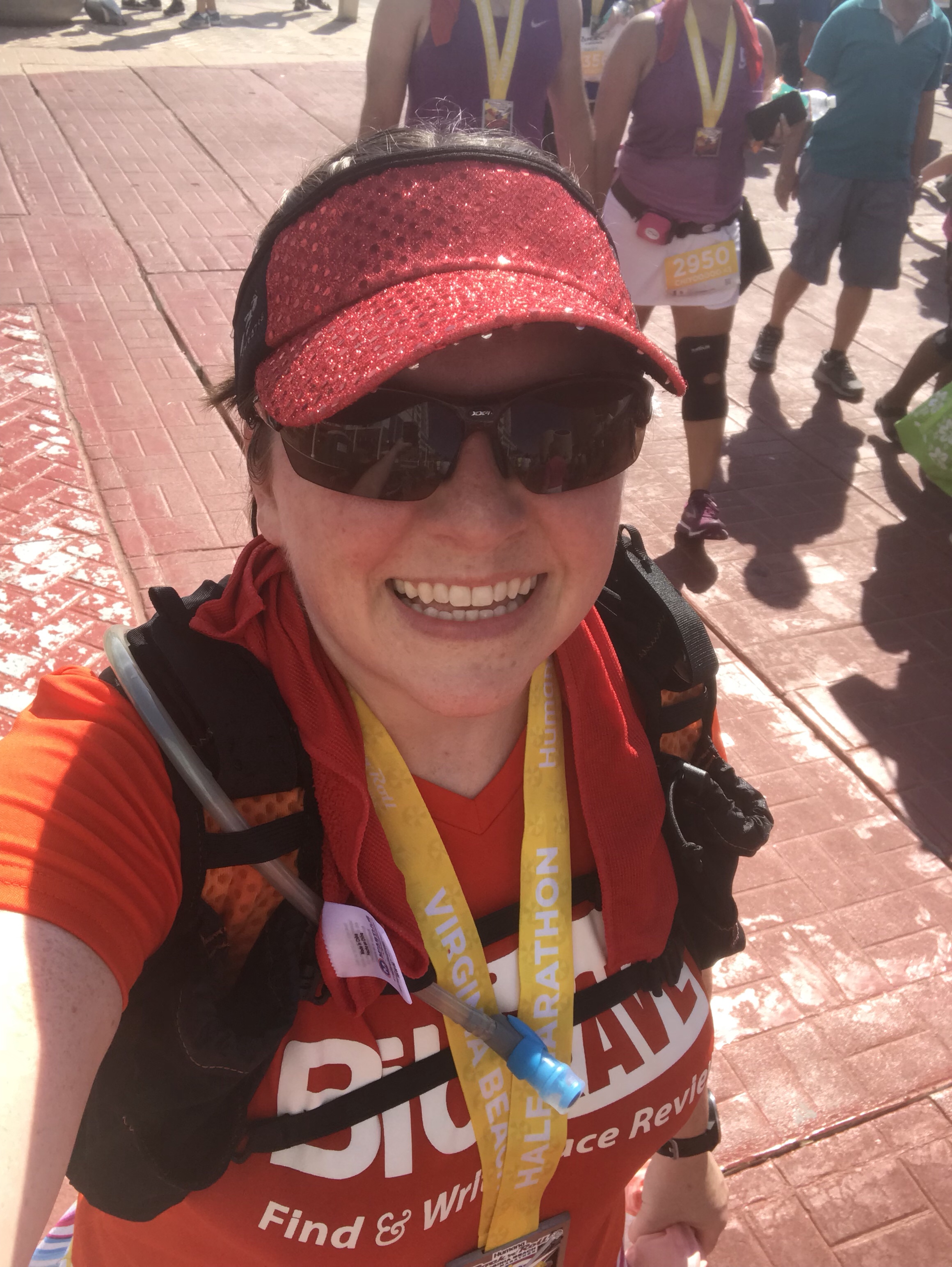