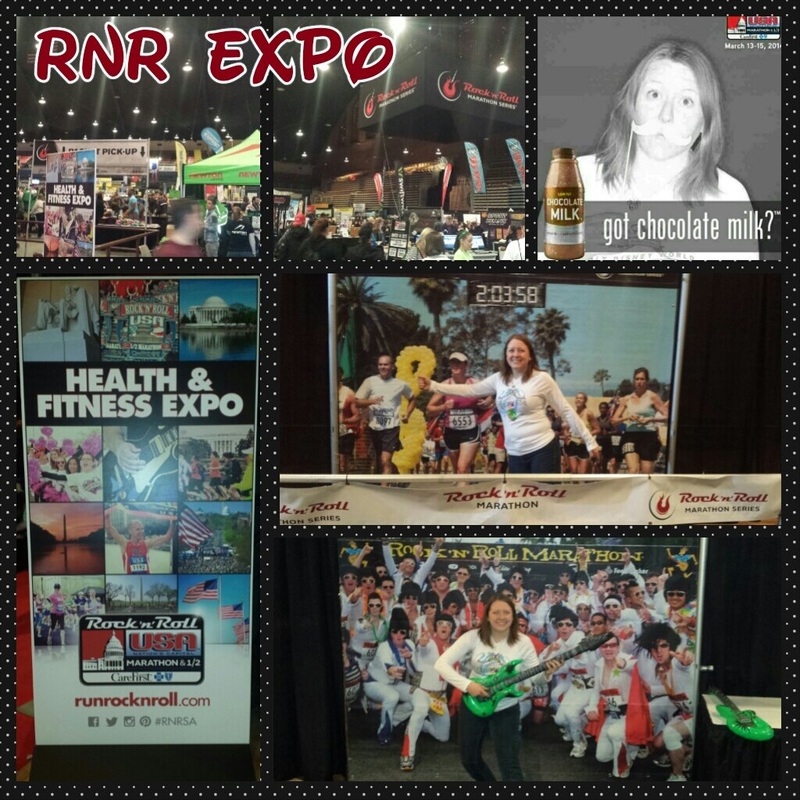 This past weekend was the DC Rock ‘n’ Roll Half Marathon. Heidi came up from Florida to run the race with me! On Friday after work, I drove to DC to visit the expo at the DC Armory. The expo was pretty exciting, and had a lot of interesting booths, though it’s hard not  to compare everything to the runDisney expos…I walked around, got some free samples, and took some pictures with the props. I was done in about an hour, and then I drove home to get ready for the race the next day!My alarm went off at 4:30am, and I quickly got dressed and went to pick Heidi up. After hitting a bit of construction traffic, we made it to the RFK stadium, and took the metro downtown where the start line was. It was a bit chilly because of the wind and darkness, but quickly warmed up as the sun rose.I had the chance to meet a Team #runDisney Facebook friend, who was in my corral. He was also at the WDW Marathon Weekend, and will be at Dumbo Weekend as well!Heidi and I were in corral 23 and waited patiently to begin. One corral was released about every minute, and we began running around 8am. By mile 2.5 I took of my long sleeved shirt and was just in my Party Animal tank top! Heidi stayed bundled up for the entire race. Crazy Floridian… 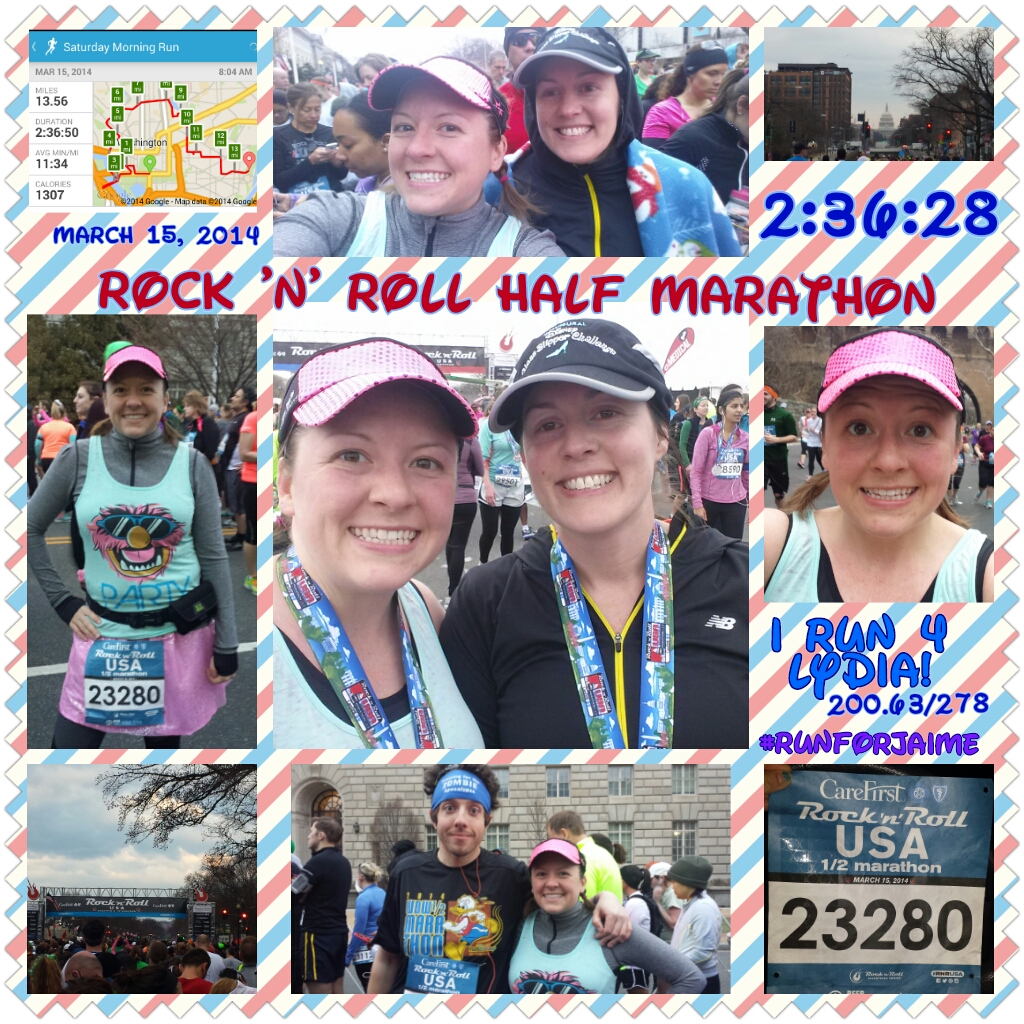 The race course was nice. We started toward and across the Arlington Memorial Bridge, and then on to the Rock Creek Parkway. This part was a pretty run because we had water on one side of us and trees on the other. It was going well until the big hill right before the zoo. UGH!!!! It was huge! After that we were running through the streets and neighborhoods of DC. There were tons of people out cheering us on and the energy level was high…. At least THEIR energy level was high! I did great on the downhills, but all the uphills were rough for me. 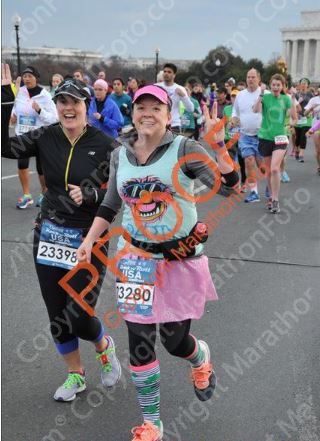 Crossing the Arlington Memorial Bridge
By mile 9 my right leg was cramping up and made it hard to run the intervals that we started with (3:10-1:00), but I hobbled along. It also didn’t help that my RunKeeper was off by about 1/2 mile towards the end of the race, probably because of all my weaving. My phone told me that I was at mile 12, and I thought… Yay, only one mile to go! But really, it was a lot more than that.. 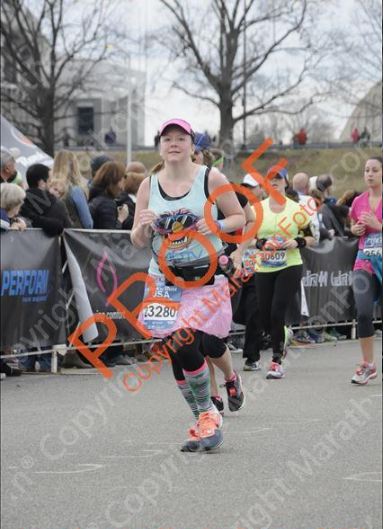 Running towards the finish line…so tired!
But I finished the half marathon and got my medal! The medal is so awesome, and even though the race ended a bit rough, I had a good time. Half Marathon 4 is now complete! 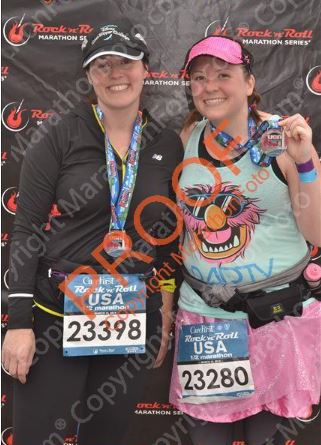 Heidi completed her 3rd half, and I completed my 4th! 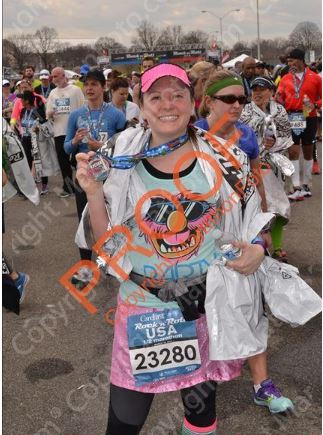 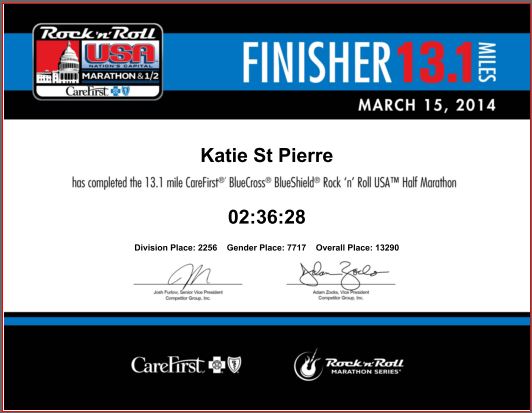