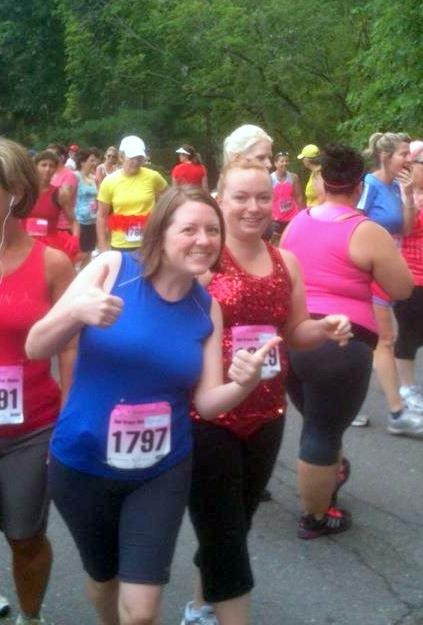 Holly and I are pumped up and ready to go!
On July 7, 2012, I ran my first 5k. Ever. My friend Holly wanted to run the race, and since I was in town attending the University of Hartford for summer classes, I agreed to run with her. Now, I maybe trained once or twice for this race by running a few minutes here and a few minutes there, but I was in no way prepared, physically or mentally. But I went anyway.

The race started at Elizabeth Park in Hartford, CT and went around a neighborhood before ending back at the park. 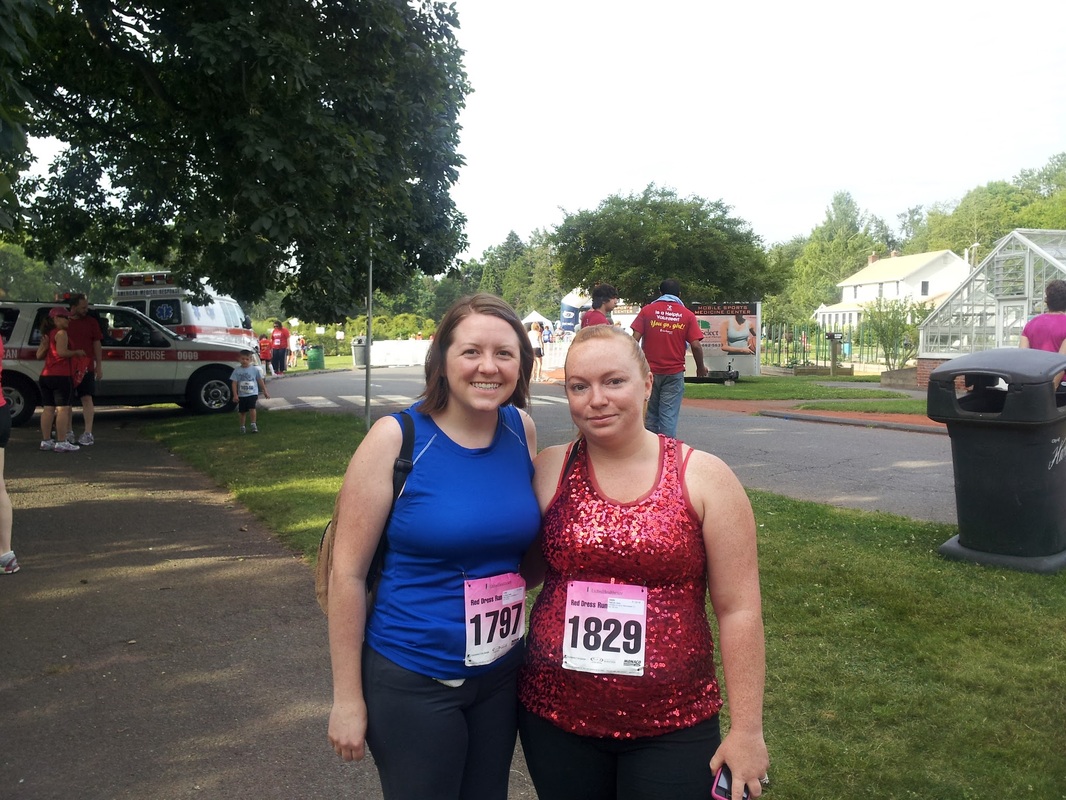 I ran the first mile super fast. It must have been nerves. I was at the mile marker around 9 minutes. I pushed on for a little longer, but soon was having trouble and I had to walk. I was super frustrated about this but there was nothing I could do. I had used all my energy on that first mile.

I kept trudging on and finally made my way to the finish line. Beginner’s luck proved kind and I finished in 34:26. I immediately collapsed to the ground and felt like I was never going to recover. I was so drained of all energy. No one ever likes that feeling. 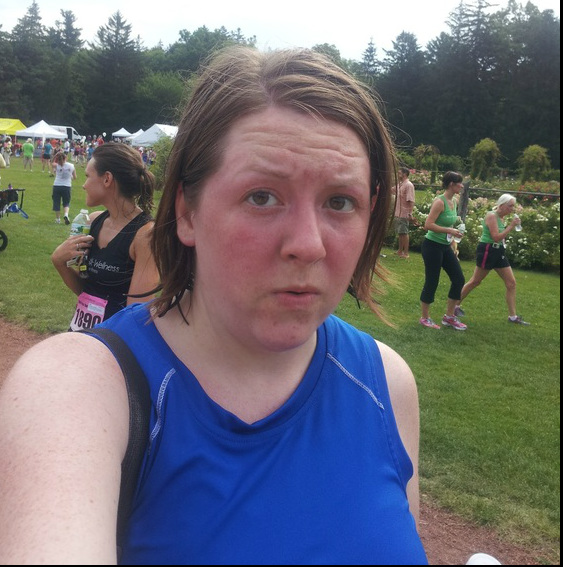 After the race. I felt like death.
I went home and took a nap. That evening I was on the computer looking up races. I found a 5k the following week, and Holly and I signed up.

There was no looking back. I was hooked!