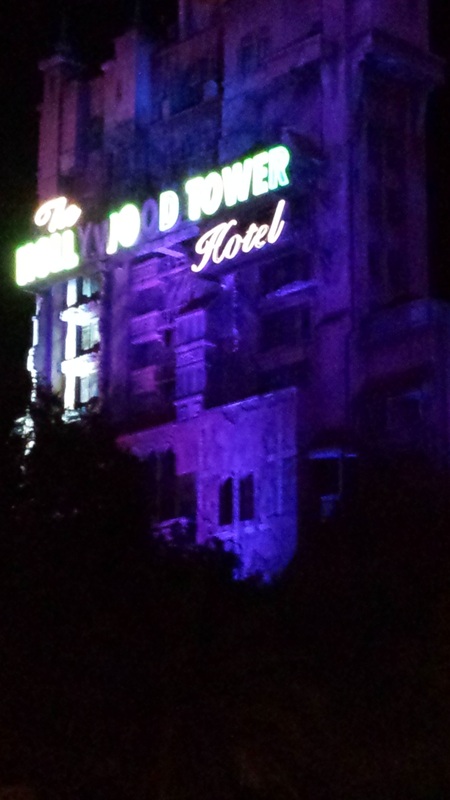 After the race, everyone was lining the streets by sitting on the curbs and resting from the long race. There were people everywhere. By the time that our legs were rested and stretched enough, my sister and I went to go on Tower of Terror. The line was about 30 minutes long, but it seemed like an eternity because we were so sore. The ride, though, seemed extra amazing with extra air and drops. Loved it. I would have ridden it again, but the line was still long.

We all then headed to Toy Story Mania, where the line was about 20 minutes long. Not too bad for this favorite ride, but by the time was finished, my legs were so exhausted that I needed to go home (also because we had to be at the airport by 7am…)

Nathan had purchased a separate ticket into the Villian’s Bash because he did not run the 10-miler. He entered at 10pm, after we started running. He went on Toy Story Mania, and then waited for us to finish. He was not overly impressed with the amount of Villains available for pictures, and neither was I after the race. We noticed the Ugly Stepsisters when we were alking around, but did not see much else. As he was at the “party” for over 2 hours by himself, he did not feel like continuing to ride rides by himself and felt like it was a waste of money for him to attend.

I was not overall impressed with the Bash because the lines were still long for tired feet, it was pretty crowded in the streets, and the lack of villains. I’m sure glad that we stopped for pictures during the race…

Also, Hollywood was not decorated spookily, nor were there any other special incentives for being at the party.

A better bet would be to get tickets to Mickey’s Not-so-Scary Party, because I heard there were much more Villains and excitement there.