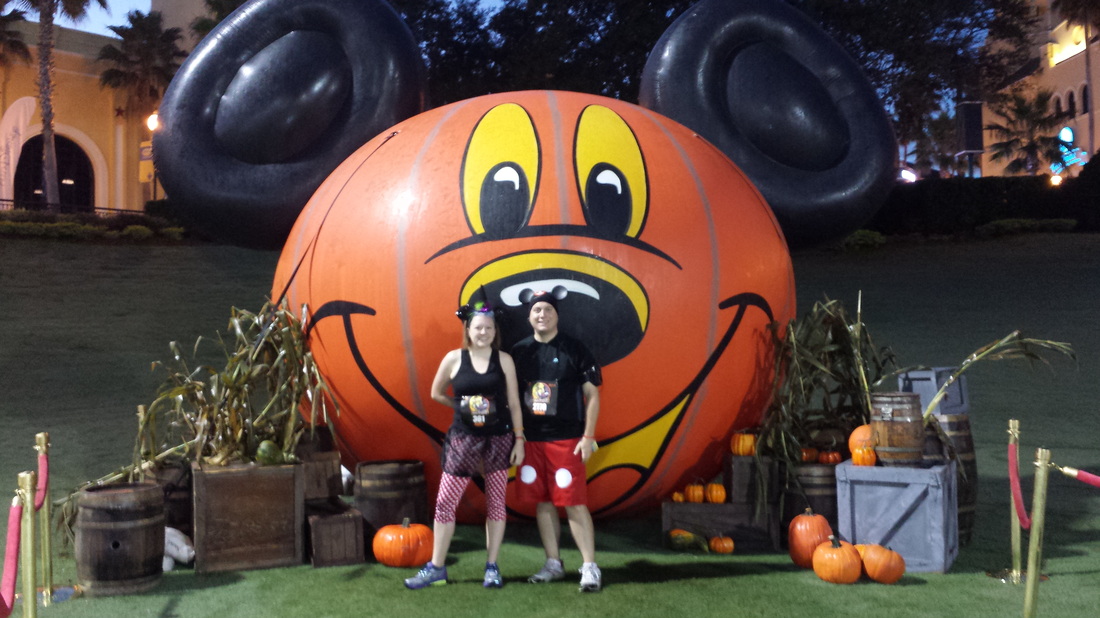 In front of Mickey pumpkin
We got to ESPN bright and early, about 6:30 a.m. The fields were already bustling with people, even the sun was barely even thinking about rising. Nathan and I took some pictures while waiting for Madre and Marty to meet us.

The fields were getting crowded with excited racers! 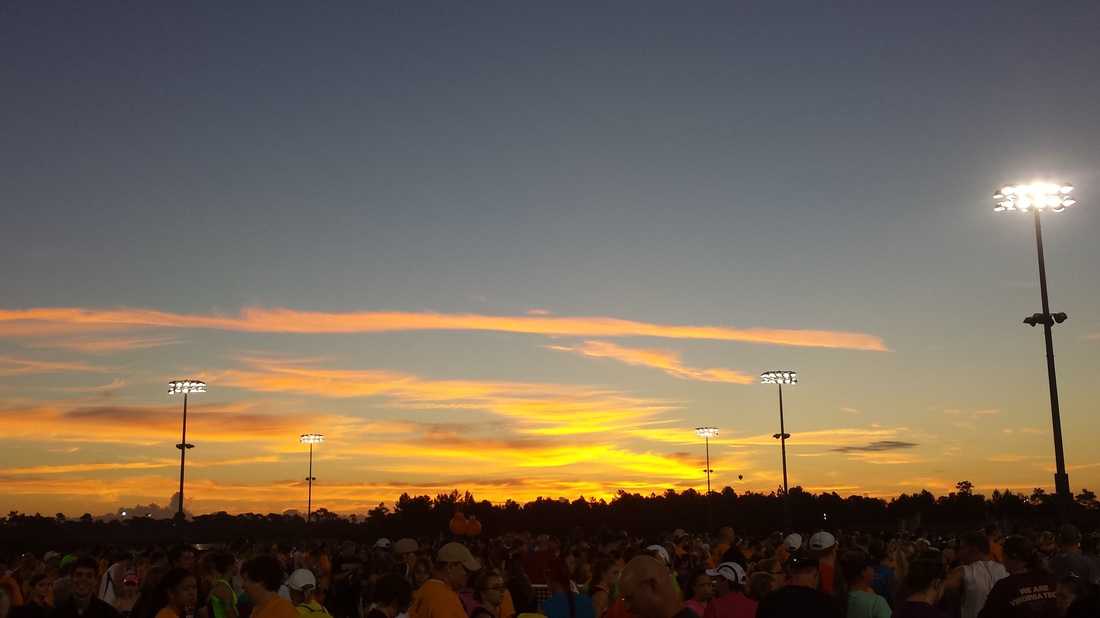 We got to see a beautiful sunrise while waiting for the race to start.
The race began with the Headless Horseman and Mickey. Unfortunately, from where I was standing, I could not see what was going on 🙁 and thus could get no pictures.

The race started at 7:30 with Corral A. Being in Corral E, we didn’t start until almost 8. There was a lot of standing around in our tightly squeezed corrals, but then, we were off! 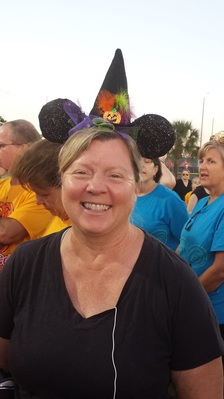 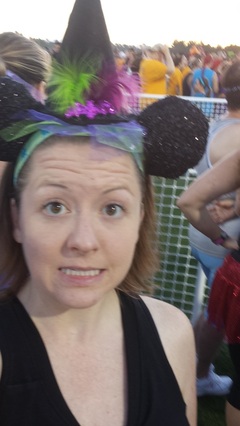 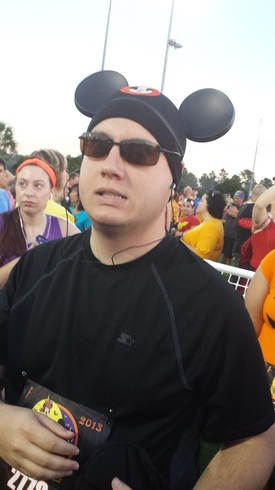 Waiting in our corral before the race
I decided that since I was running the 10-miler later that evening that I was going to take the 5k pretty easy and stop for all of the pictures with characters. Nathan and Madre ran ahead of me to finish the race on their own. 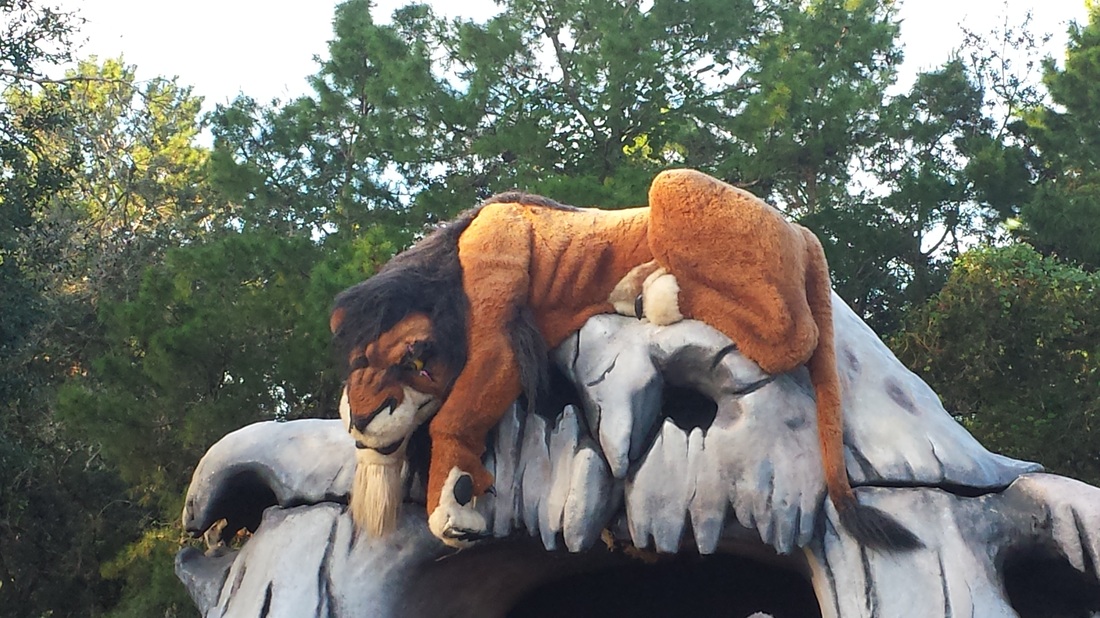 Scar and his lair 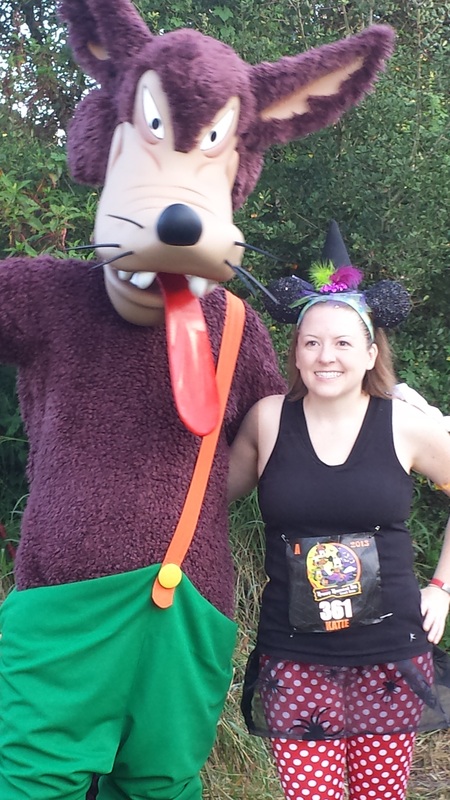 Who’s afraid of the big bad wolf? Not me!! 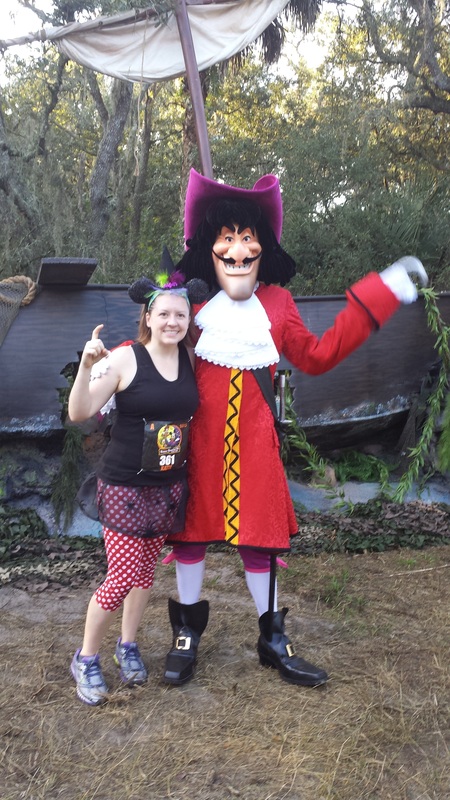 Captain Hook and his ship 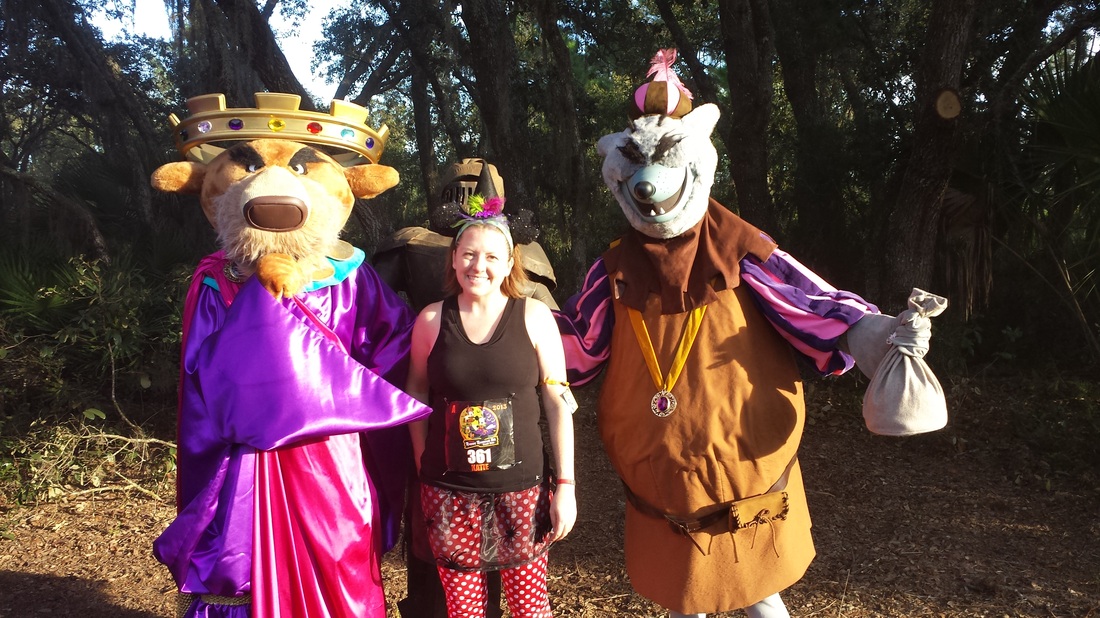 Prince John and the Sheriff of Nottingham 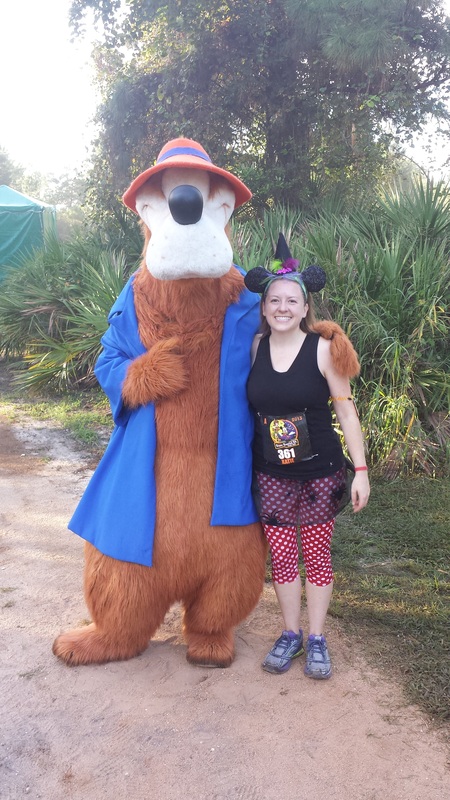 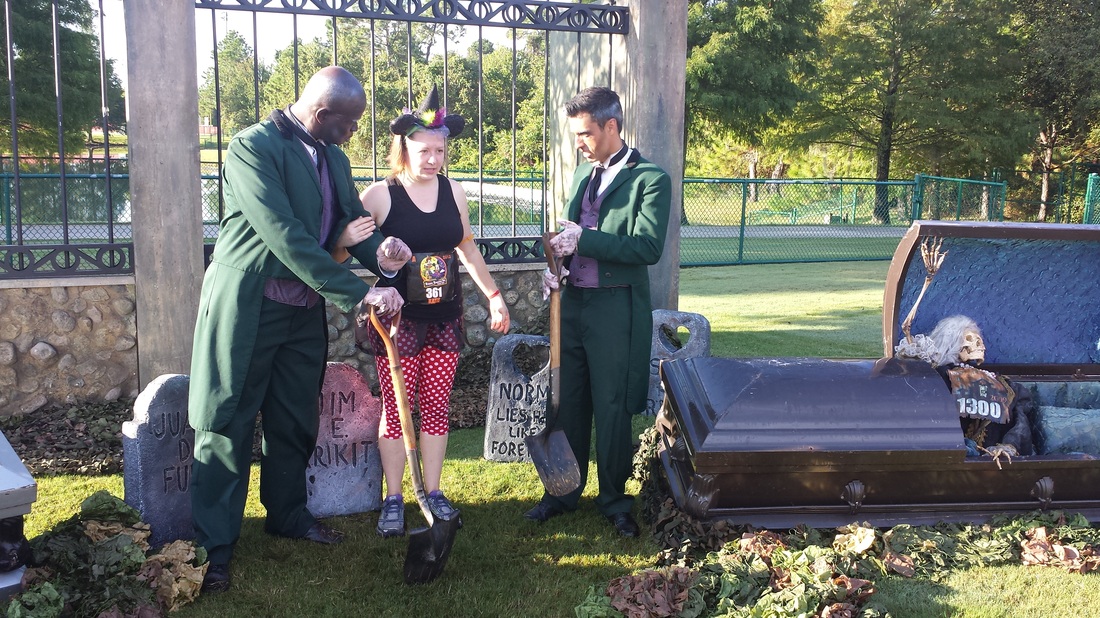 The Grave Diggers
Most of the race was on a trail through the woods. It was mostly dirt and sand. The last part of the race went on the track, before a bit of grass, and we finished on the sidewalk. I pretty much jogged between all of the character spots, but at times it was a bit too crowded and I had to walk. A lot of weaving around people was happening, but I attribute a big part of this to being in the last corral. 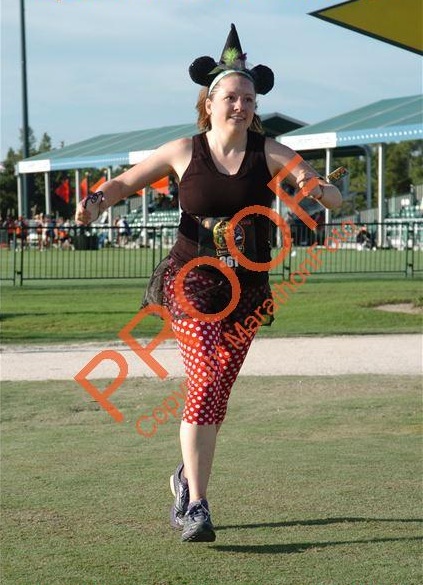 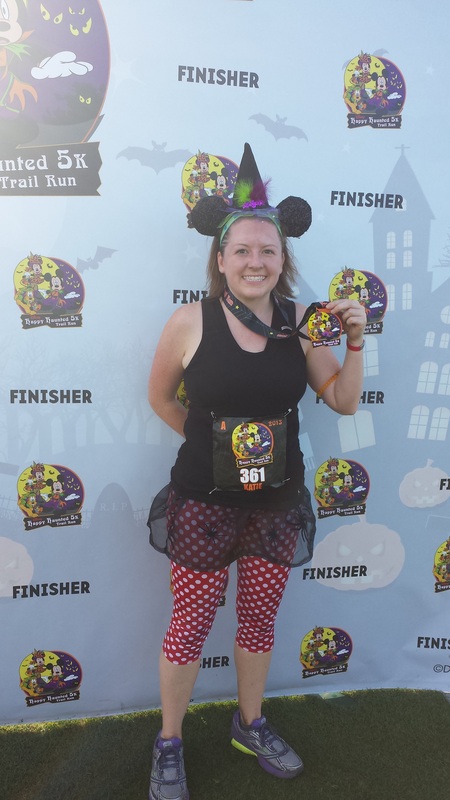 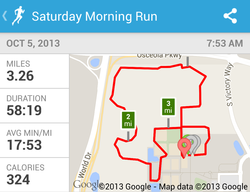 Since the 5k wasn’t chip timed, I tracked it with my phone. Pretty good time for all the lines I waited in! 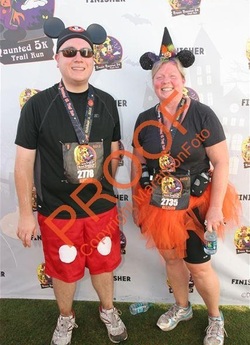 Nathan and Madre after the race
All-in-all this was a pretty fun race. I liked the characters that were on the course because they aren’t ones you ever really see, and didn’t so much mind the trail. AND it’s always fun to dress up in costume!