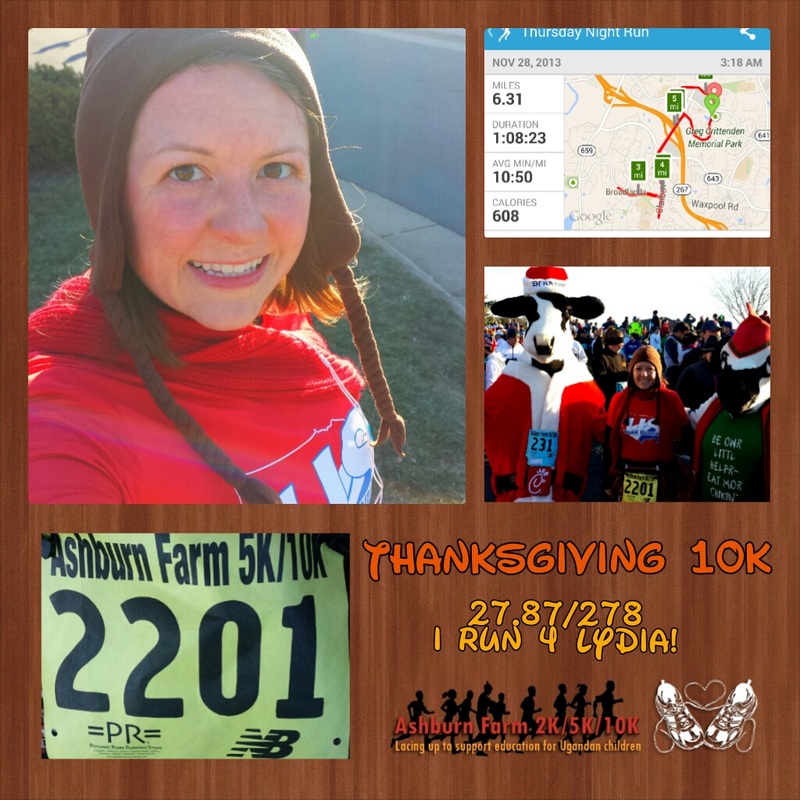 This race was on Thanksgiving morning. Since I don’t have to deal with cooking a turkey, I was able to leave and not worry about dinner not being ready in time.This race was about 45 minutes away in Ashburn, VA. Because of the name “Ashburn Farm”, I assumed that this race would be around a farm of some sort, but in reality, that is just the name of the neighborhood that it was a part of. Ha!

It was very cold this morning. There were patches of ice on the ground and the water cups even had ice forming in them. I did warm up once I started to run, but the beginning is always so tough.

This race was all on roads, through the neighborhood and then up a main street. I ran it pretty easily, but around mile three the back of my shoulder started to hurt. It is really interesting how an unseemingly unimportant part of the body (to running at least) can cause slow you down. I had to take a few more walk breaks before it stopped hurting and I could continue running.

This was a large race, considering it was a local neighborhood one, but it was a lot of fun. It was very well organized and very well marked.