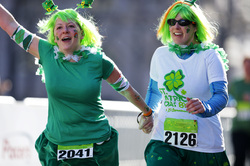 Heidi flew up from Florida to do this race with me. We decided to go all out with our costumes because we knew there would be a costume contest. I made us both green skirts, and we had green wigs and rainbow tattoos, along with festive knee socks.

It was fun driving up to DC in our costumes. A few people looked over while we were driving and saw us in our get up. LOL.

We got to DC and found a parking spot a few blocks away from the start line. We went to pick up our packets, and then had time to stretch, stretch, stretch while we watched the kid’s races.

We finally lined up according to pace. We stood in the 11:30 area. And we were off! We were pretty consistent in our running. We only slowed to walk for one block, but ran the rest of the race. My stupid IT band started to hurt during this race, so it was not very pleasant, especially towards the end of the race, but we finished! If it weren’t for my ITB, I felt like I could have kept running! We finished the 8k in 57:09, with an average pace of about 11:40. Pretty consistent with what we thought.

At the finish line they had water, bananas and bagels. There were also some Irish Dancers putting on a show while the rest of the race was being finished. Then, it was time for the costume contest. We entered both as individuals and a team. There were not very many entries, but we did not win. A baby dressed as a leprechaun won the individual and a group of girls in green track suits won the group. We were definitely better dressed than them and don’t understand how they won. Oh well… 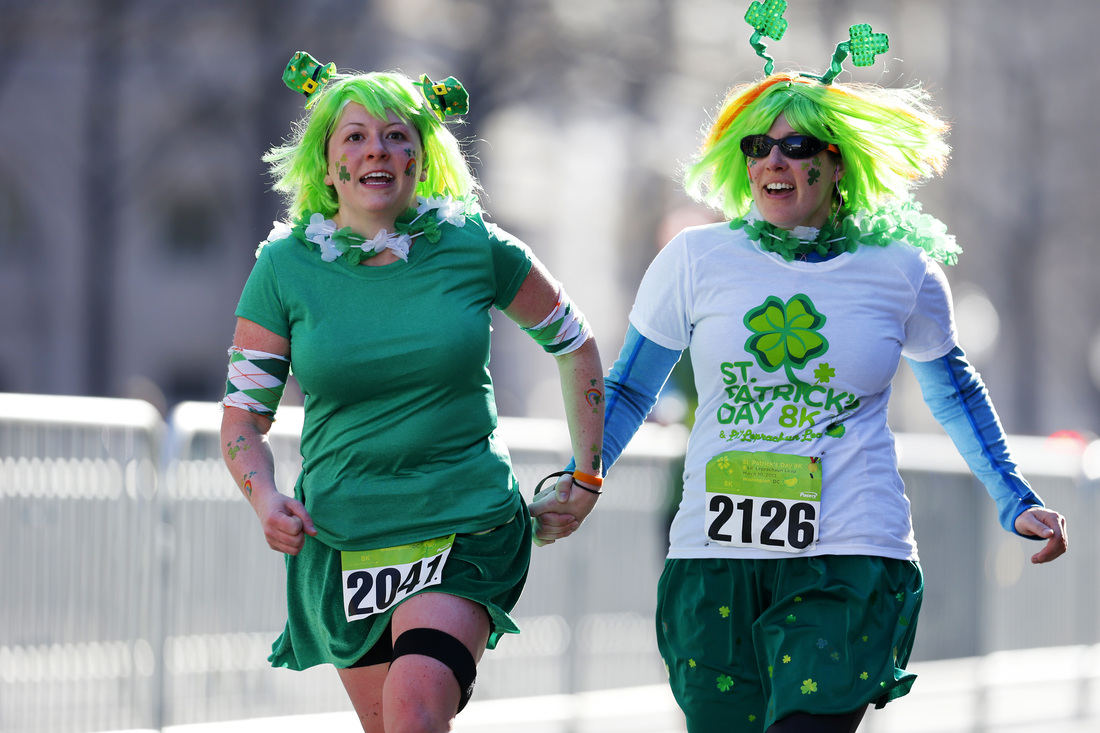 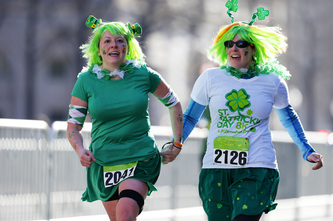 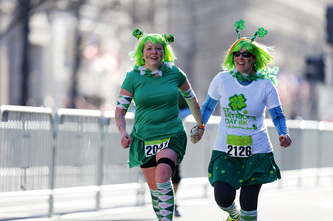 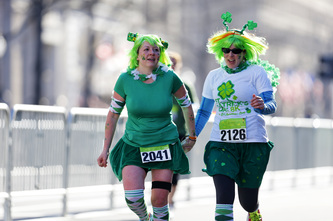 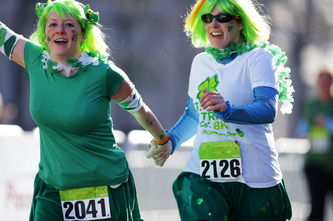