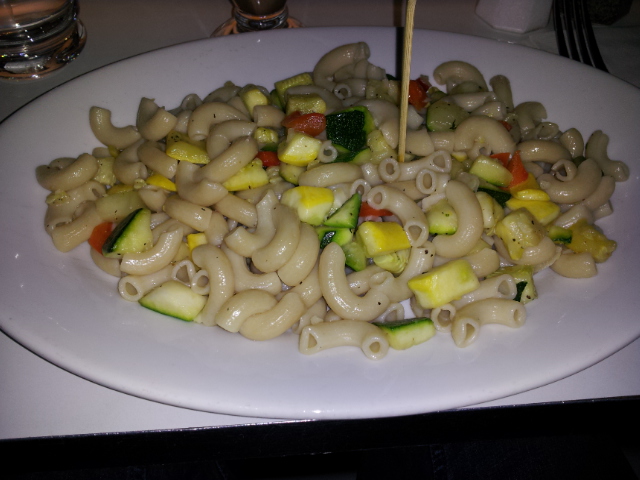 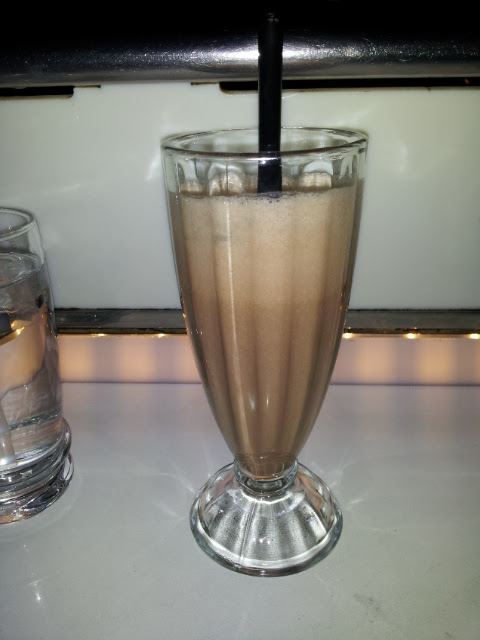 The Sci-Fi Drive in as at Hollywood Studios. I was excited to try this restaurant because it seemed like a cool concept. When we were seated, we were in the back of the restaurant in a little car booth. It was very crowded with the two of us sitting there and we kept bumping elbows. It was very dark, to simulate a real drive-in, and it was hard to read the menu.

The clips that they were showing were interesting, but we ended up being at the restaurant so long, that we ended up watching them on repeat.

There was not much option for a gluten-free, vegan at the Sci-fi, so I had to settle for a pasta with vegetables. It was not at all impressive, as they didn’t even have sauce to put on the pasta! I also ordered a soy milkshake and some sweet potato fries.

I ended up getting sick after eating at the Sci-fi. I think that my sweet potato fries weren’t cooked in the gluten-free fryer, and I felt sick for the next couple of days.

Overall, I was not impressed with the Sci-fi Drive in, and will not be returning. The prices were high for the quality of food, there weren’t many options for me, and they didn’t pay close enough attention to my allergy request.