After school on Thursday, before our scheduled flight to Florida, Nathan and I were at GMU for one of his classes before we left for the airport. I was sitting in the back of the room and decided to check-in online for our flight at 10:30 that night.

It would not let me check in! Apparently, the flight I thought was booked for late Thursday night was really booked for late Friday night. NIGHTMARE! I walked out of the room as calmly as I could and then started to freak out. How could this have happened? I called the airlines toll free number and tried to get someone to switch our flight. We just had to get there that night, or everything would be messed up. The operator told me that it would be a $200 change fee each, plus we would have to pay the difference in ticket costs. It would have amounted to be about $800 total to switch our flight. Not happening!

Nathan finally got out class and we headed to the airport anyway. We parked our car, caught the shuttle to the airport and went to the ticket counter. We explained the situation and, thankfully, they were able to change both of our tickets for $75.

We got to our gate, and then realized that the flight was delayed. What was supposed to leave at 10:30 didn’t leave until after midnight, and we didn’t arrive at Heidi’s house until 3am. Let’s just say, that I didn’t get much sleep this weekend. 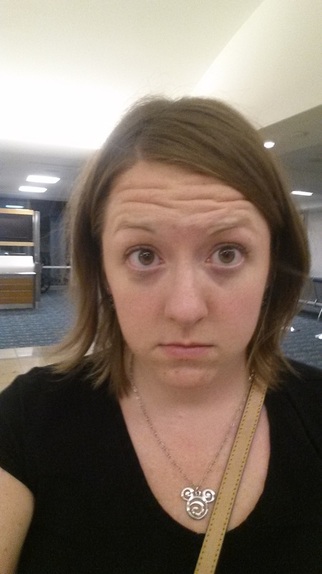 Exhausted at the airport