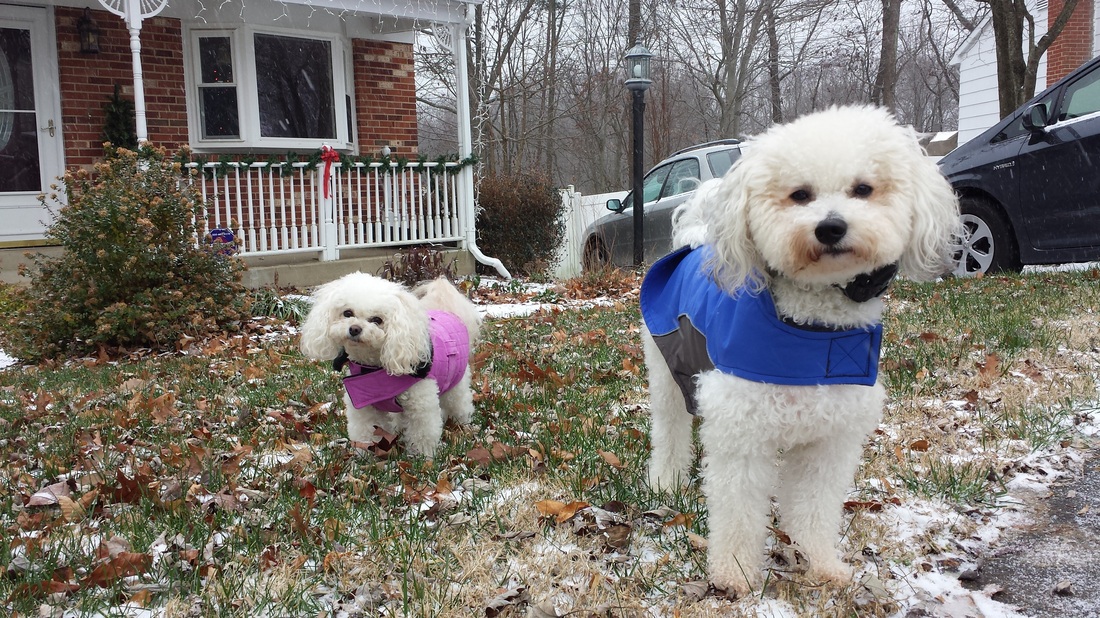 This past week we had 2 snow days! It started Sunday afternoon with some snow, and then turned into sleet. 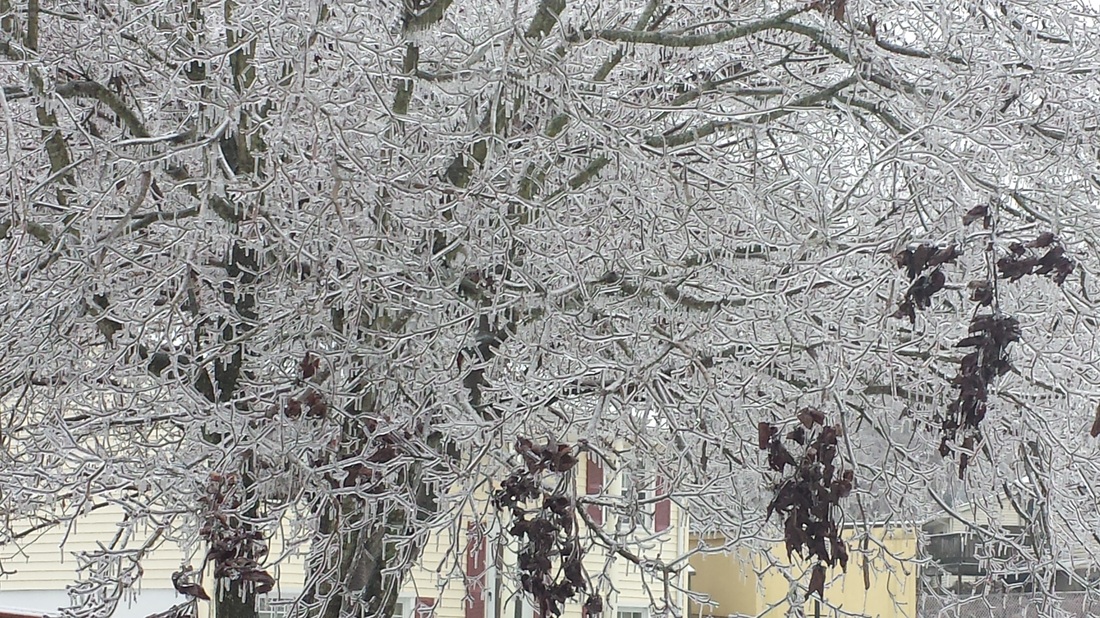 Everything iced over! The trees were really pretty, but around the neighborhood were a lot of lost branches. 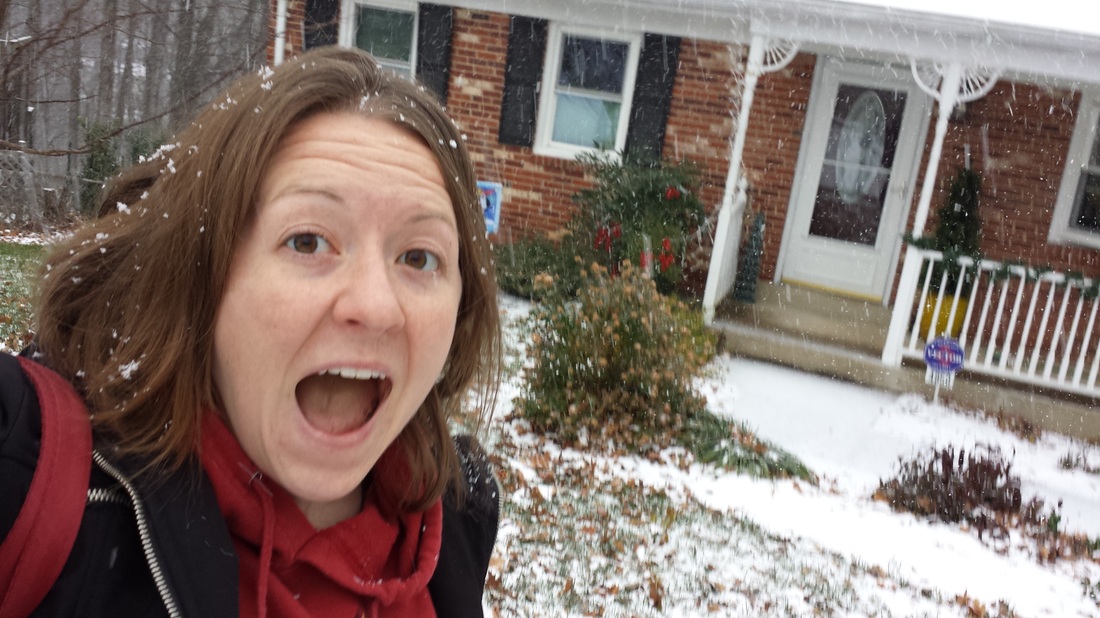 We had Tuesday off from school as well because it was super icy, and more snow was coming. We were supposed to get up to 5 inches, but we barely got two. Most of the snow just froze and then iced over.Wednesday we had a delayed opening, but were then back at work.

This snow was definitely not the fluffy stuff that you want to build snowmen with 🙁 But Maestro certainly enjoyed running around and eating it!